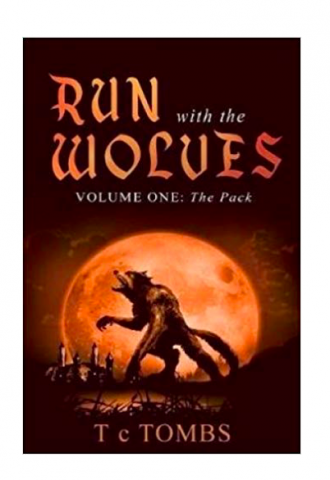 ‘Run with the Wolves’ became a best-selling trilogy for author T c Tombs, and now due to popular demand the author has released it as a paperback.

‘Run with the Wolves’ which became an instant hit for author T c TOMBS is now available as a paperback on Amazon. The fantasy book which is set in the fifteenth century gained huge exposure around the world when it was first released, and now, the author hopes the new paperback will generate the same amount of excitement.

The horror fantasy book follows the story of three kingdoms caught up in the dire conflicts of their time. Medinia and Skoland are always at odds, but their leaders have decided that it’s time to form a peaceful resolution. However, the hope of a peaceful resolution after a decade-long war is put in jeopardy by dark forces who want to invoke chaos as a full moon rises.

What really makes the story stand out is the character Willie, who is a young man who works on the Smythes’ farm as a serf. One moonlit evening he investigates when he hears the cries of the herd animals under attack by a wolf pack like no other. Although he survives this encounter, his life will never be the same as he is now afflicted with the same moon madness that will transform him into one of these dreaded wolf creatures during the next full moon cycle. 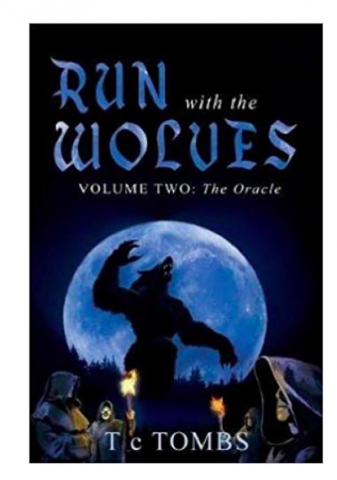 The paperback (https://www.amazon.com/Run-Wolves-Pack-T-Tombs/dp/1949169197/ref=sr_1_fkmr0_3?s=books&ie=UTF8&qid=1529958046&sr=1-3-fkmr0&keywords=Terry+Tombs+toplink) is a must buy for all those people who love fantasy novels. The book has received rave reviews and has been described as one of the best fantasy novels of recent times. It is currently available on many popular book selling platforms including Amazon.

As well as releasing the paperback version, T c TOMBS has also released volume two of ‘Run with the Wolves’ “The Oracle” which is available here https://www.amazon.com/Run-Wolves-Oracle-T-Tombs/dp/1949169219/ref=sr_1_fkmr0_2?s=books&ie=UTF8&qid=1529958046&sr=1-2-fkmr0&keywords=Terry+Tombs+toplink

T c TOMBS earned degrees from Trent University and Wilfrid Laurier University in Canada. Like many Canadians, he loves hockey and golf, and he has a passion for medieval history, folklore, literature, film, and music. Terry and his wife, Sandra, live in the Greater Toronto Area in Ontario, Canada, where they have raised five daughters.

Notes to the Editor

It is the fifteenth century, and three kingdoms are caught up in the dire conflicts of their time. As the possibility of a peaceful resolution provides hope that a decade-long war will finally end, no one realizes that dark forces are waiting to invoke chaos as a full moon rises. On a farm nestled beneath the Euralene Mountains along the western border of Medinia, young Willie works on the Smythes’ farm as a serf. One moonlit evening when the Smythes are gone to a neighboring village, Willie hears the terrified cries of the herd animals in the pastures. When he goes to investigate, he discovers that this wolf pack attack is like no other. Badly injured during the raid, he survives–but now he is afflicted by the same full-moon madness that will soon transform him into one of the wolf creatures he dreads. With his life seemingly warped forever, Willie must face the prospect of a lifelong descent into horror. In a time of witchcraft, superstitious folklore, and fearsome creatures roaming the night, Willie struggles with an uncertain destiny and must seek help from the one man he holds most responsible for the dark fate that awaits him during the next full moon cycle.

Personalisation By Segmentation is Dead, Game-Changing Solution Launched By FACT-Finder