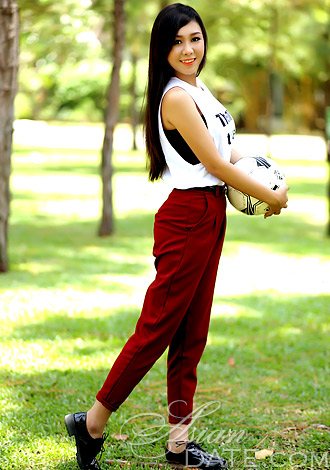 AsianDate’s popular photo swap feature is being increasingly used by singles to introduce themselves to a potential match.

AsianDate, the dating service aimed at singles ready to find their ideal Asian match, has announced that its Photo Swap feature has become increasingly popular in making first introductions. The popularity of this feature has been on the upward swing for a while among extra confident singles ready to get in touch. More and more singles now use it to share an introduction with a potential partner.

International dating service AsianDate has revealed that its photo swap feature via Live Chat has become the most popular way to make an introduction on the popular dating service. Members have continued to make a beeline for this particular feature after joining the service and introducing themselves to the community.

The feature is available in Live Chat on all devices including desktop and the mobile app. The photo swap feature gives all members the chance to exchanged photos and sees each other instantly. They can also come to understand immediately if there is chemistry between them and how well they hit it off.

When Photo Swap is used on a desktop, it offers a wonderful way to make an impact on a chat partner by removing all elements of doubt about the authenticity of the person they are chatting with online. It is a great way to establish more trust early on in a relationship, which is very important for creating the solid foundation for a relationship. When used via the AsianDate app, this feature enables members to chat with their favorite matches. They can also snap a photo of what they are doing around the clock regardless of their location.

Live Chat via desktop and app is a truly effective interactive method of communication with the photo swap feature bringing in even more impact to this real-time dating platform.

AsianDate members can enjoy the photo swap feature on desktop and can install the app on their phone to enjoy the handy tool at all times. All singles can get the app free and access the world’s best international dating no matter where they are.

AsianDate is part of the Anastasia Family of sites, founded in 1993, which offers premium international dating to facilitate exciting and romantic companionship online between men and women all over the world. The Anastasia Family includes AsianDate.com, AnastasiaDate.com, AmoLatina.com, ArabianDate.com, and AfricanDate.com, which bring together over 20 million international users and more than 150 million online visitors annually. Additionally, over 2.5 million conversations are exchanged onsite daily. AsianDate is committed to member safety, customer satisfaction and the ongoing pursuit of innovation. Headquartered in New York, the Anastasia Family has additional representation in every country it touches providing a high level of customer service to a worldwide clientele. All members are able to communicate across a variety of top-notch multimedia platforms, including video chat and a mobile app for Android devices available in Google Play.