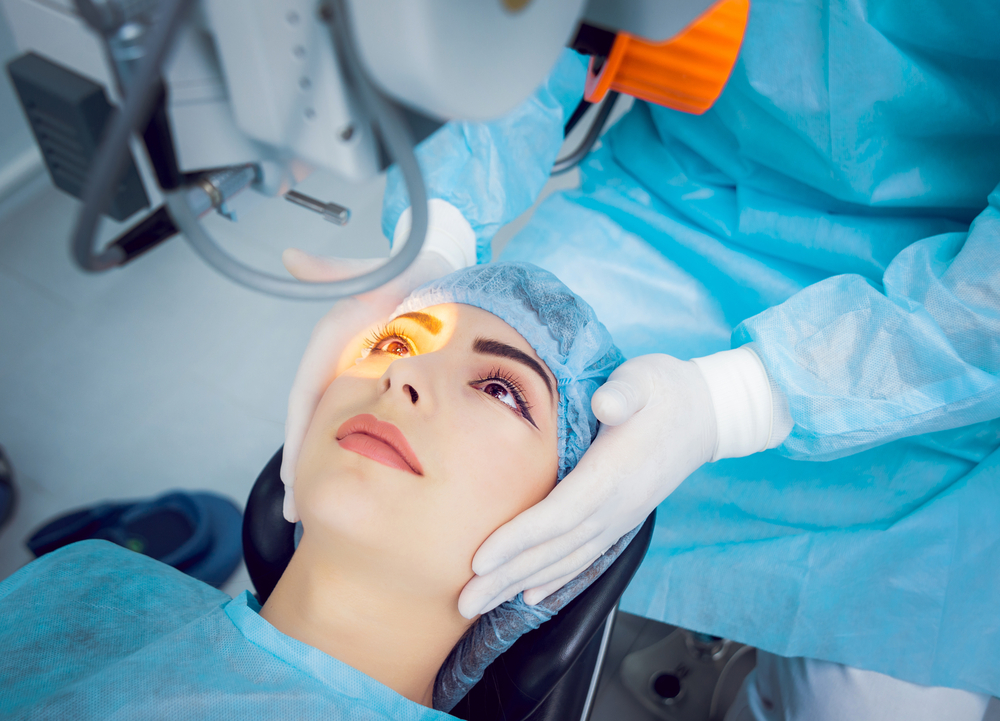 “Lasik Is the Gold Standard for Refractive surgery and its continuing to become more advanced as the years go by. Although this is true, recent advancements in treatment options such as Implantable Contact Lenses have made them solid alternatives and in some cases far superior to Lasik” Dr. Mazin Yaldo, M.D.
LASIK has and will always be the gold standard for refractive surgery. Although, for those looking to get rid of the burden of glasses a number of alternatives to Lasik including Implantable contact lenses (ICL) and the Relax SMILE procedure. These alternatives are not for everyone but for those looking for a more custom and safer procedure, Lasik may not be the ideal option assuming you meet the requirements for candidacy.

Due to recent concerns about the possible risks and side effects of Lasik eye surgery in Michigan, ophthalmologists claim that many more consumers are opting for alternative options. Although, other options exist, Lasik still remains the standard for those looking to free themselves of the burden of glasses.

The number Lasik eye surgeries performed in Michigan, the US, and globally has been dropping sharply in recent years, peaking between the years of 2001 to 2006. The decline is Lasik cases is mostly due to economic activity as most people who undergo Lasik pay for the procedure out of pocket.

Laser-assisted in situ keratomileusis or LASIK for short, is a refractive laser procedure that permanently reforms the shape of the cornea of the eye using an excimer laser.

While clinical studies have shown that LASIK is mostly safe and effective when performed by an experienced surgeon, new concerns on potential risks such as impaired post-op vision and chronic pains, were raised in a recent Michigan Lasik eye surgery news article.

Another clinical study cited was an article by the United States Food and Drug Administration published in the JAMA Ophthalmology journal last year. The study discovered that nearly 50% of the Lasik participants reported new visual symptoms and over 28% reported dry eye symptoms at three months after surgery.

Known side effects of Lasik include dryness, visual halos and glare. These side effects are expected and are often transient, improve over time. Although, these same side effects may become permanent for people with high amounts of astigmatism, abnormally large pupils or a rough corneal surface.

While Lasik was originally performed with a blade, many Michigan Lasik clinics now perform “all laser” or bladeless Lasik eye surgery, which uses the laser to create the cornea flap rather than the blade.

Dr. Mazin Yaldo, Michigan’s leading Lasik Eye surgeon at https://yaldoeyecenter.com/ claims that “As the economy improves, so do people’s decision to undergo Lasik. Because of this phenomenon, we are seeing a slight increase in the desire for Lasik as the middle class becomes more financially stable.

Yaldo eye center sees over 300 to 500 patients seeking refractive correction every single year, out of which a “significant proportion” are Lasik surgeries and Lasek, a very similar procedure to Lasik.

Alternatives procedures to Lasik eye surgery are growing fast in popularity. Implantable contact lenses (ICL), often seen as a superior option to Lasik has become much more popular in recent years due their shorter recovery period and less invasive nature. Implantable contact lenses usually cost patients $4,000 to $6,000 (for both eyes) while Lasik typically runs below $3,500 for an average case.

Dr. Anna Tan, senior consultant at the National University Hospital (NUH) eye surgery center, said patients who undergo Relex Smile instead of traditional Lasik can “avoid certain flap-related problems that can be encountered with Lasik”, such problems include flap wrinkles and cornea flap displacement during the recovery process. S.M.I.L.E has also been shown to result in fewer incidences of dry eyes according to recent studies.

Unlike traditional Lasik, Relex does not require the eye surgeon to create a flap in the cornea. Instead of firing a laser into the cornea tissue to correct the eye shape and astigmatism, SMILE involves removing a piece of corneal tissue from the eye, called a lenticule, through a small incision performed by a micro-surgeon.

SMILE allows significantly more leeway for patients who rub their eyes or sleep on their side during the healing process.

The amount of implantable contact lens procedures performed by the team at https://yaldoeyecenter.com/ has increased from about 50 in 2015 to about 100 in 2017, while Dr. Yaldo claims they make up about 10% of the procedures at their clinic.

The ICL procedure is superior for patients with extremely high cases of myopia (over 900 degrees) as well as patients with corneas too thin to undergo Lasik. The recovery period is shorter for ICL procedures and patients are able to enjoy great vision and return to their life activities within two days after undergoing the procedure.

Although alternatives are gaining popularity, most Doctors still believe that Lasik will forever remain the “gold standard” for patients looking to correct their vision and free themselves from the burden of glasses.

“Lasik is still the refractive correction leader because it’s safe, precise, and allows ophthalmologists to correct the tiniest of aberrations. It also has a fast recovery and when performed by an experienced surgeon, really is a great procedure,” said by a Lasik Eye Surgeon in Michigan.