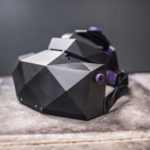 “VRgineers competes with two of the most notable companies in VR － HTC and Oculus － for the Headset of the Year award, further highlighting its standing among the leaders in the field,” says Marek Polcak, VRgineers CEO and co-founder. “A razor-focused engineering team can become a force to be reckoned with and compete today with any global player.”
VRgineers has been named a finalist in two categories for the upcoming VR Awards, organized by VR Bound: VR headset of the Year and Rising VR Company of the Year. The VR Awards celebrate outstanding achievement in the Virtual Reality industry. The judging panel includes some of the most respected experts in the Virtual Reality field. Winners will be announced at an awards ceremony in October.

VR Headset of the Year

VR Headset of the Year is awarded to companies producing outstanding Virtual Reality headsets year on year. Emphasis is placed on a headset’s design, feel, functions and features.

VRgineers was nominated for the VRHero 5K Plus, designed for professional use.  It features double high-density Quad HD OLED displays, uncompromising 5K resolution and full 24bit RGB colors, together with unique custom-built optics and 170º FOV, providing the highest level of image quality and realism available on the market. VRgineers latest headset XTAL was recently introduced, building up on the VRHero 5K with further improved image and additional technology including AutoEye, which automatically aligns lens positions with the user’s eyes, embedded Leap Motion hand-tracking sensor, and voice-activated commands.

Rising VR Company of the Year

Rising VR Company of the Year is given to startups with proven business models who are creating innovative solutions and driving forward ambition within the industry.

“We are passionate about moving the VR industry forward and are continually working on making the technology a real functioning companion in enterprise VR,” adds Polcak. “To be recognized for our efforts in a worldwide competition is truly an honor.”

About VRgineers:
VRgineers, Inc. is a virtual reality engineering company developing and manufacturing cutting-edge enterprise-grade VR gear for professionals. The new generation high-resolution VR headset platform is used by clients in the automotive, architecture, industrial design, and training sectors, enabling them to transform their work using VR technology. The company is headquartered in Prague with a U.S. office in Los Angeles.  For more information visit www.vrgineers.com.

About VR Bound:
VR Bound is dedicated to providing resources and expertise to consumers and businesses with an invested interest in the VR, AR and MR industry. VR Bound established partnerships with some of the biggest names in the technology industry, working with hundreds of talented individuals on an international scale to enhance, and support new technology and advancements in VR. Their mission is to continually inspire a new generation of users, young and old, by not only highlighting past achievements but future innovations to come from companies both big and small.