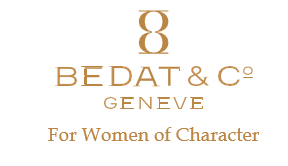 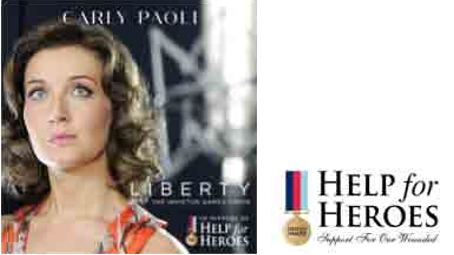 Featuring The Invictus Games Choir and with funds from the sale of the single going to Help for Heroes, Classical BRIT nominee and Global Ambassador for Bedat & CO Carly Paoli will also include the single on her soon to be released 2nd album, Live at Cadogan Hall.

The song was composed by Grammy-Award winner Walter Afanasieff who has written for such luminaries as Barbra Streisand, Mariah Carey and Celine Dion. He wrote the song especially for Carly and the lyrics are especially poignant in this year, which commemorates the 100th year anniversary of the ending of World War 1.

Alive!
The fire in our hearts will never die.
Alive!
For freedom, we are standing you and I.
United joined as one through troubled times.
A prayer for our humanity, The sun will never set on Liberty.

Liberty was recorded at Abbey Road and Strongroom studios and Carly was accompanied by the London Symphony Orchestra. During the recording session with the choir Carly said, One of the many reasons I am so proud to be an Ambassador for Bedat is that they honour Women of Character. The people in the Invictus Games Choir are people of character. They have served their countries and faced and surmounted difficulties that I can only imagine. The lyrics for this song touch all of us and the words, ‘From ashes like a phoenix we will spread our wings and rise above it all,’ are incredibly powerful.’

Charmaine Low, Marketing Director for Bedat & CO says that the luxury timepiece company is delighted that their Ambassador has released such a poignant song.

Bedat & CO is a company that is associated with timeless quality and is dedicated to creating extraordinary designs for women. Carly has always fulfilled her duties as Ambassador with elegance and sophistication and her vocal ability makes her stand out. We are thrilled to be announcing her new release and feel sure that the song will touch everyone who hears it.

Carly has also filmed a video to accompany the single. It includes scenes of Carly recording with the choir but also glorious shots of Carly in the beautiful English countryside and near the sea.

Liberty is about overcoming difficulties and fighting for what is important. Filming in the gorgeous landscape of Britain emphasises that message.

Proceeds from the single will be donated to Help for Heroes who support military personnel, veterans and their families who have been affected by their service, on their journey to recovery.

As well as being a stand-alone single, Liberty’ will be the bonus track on Live at Cadogan Hall the new album from Carly and released on 24th of August. The album features the Abiah Symphony Orchestra conducted by Grammy Award winner, Steven Mercurio with special guests celebrated flautist Andrea Griminelli and BBC Choir of the Year 21016 winners Tring Park 16.

Bedat & CO Geneve was founded by Madame Simone Bédat who worked for years in the Swiss watchmaking tradition. Frustrated by working in an industry that ignored 50% of the world’s population, she determined to found a brand of luxury watches designed by a woman for women. Today Bedat is a successful global brand and is Official Timekeeper for Cathay Pacific. It’s unique Ambassador programme seeks to honour women who have achieved great things in their field under the slogan ‘Women of Character.’

Signed to the independent London-based record company ABIAH, Carly Paoli released her debut album Singing My Dreams in 2017. The record charted at No. 2 on the UK’s Official Classical Albums chart, remaining in the top 5 for xx weeks, while earning 5 star reviews. Carly recently signed a publishing deal with Sony ATV. Her songwriting credits on Singing My Dreams include co-writes with Ennio and Andrea Morricone and James Horner having written English lyrics for Se Tu Fossi (Cinema Paradiso) and the theme from Legends of the Fall which now bears the title Memory of You.

In June 2018 Carly was nominated for the Sound Of Classical 2018 at the Classic BRIT awards. A firm believer in the importance of music in schools, Carly has recently announced a series of performances and workshops at schools with her musical director Liz Hetherington.