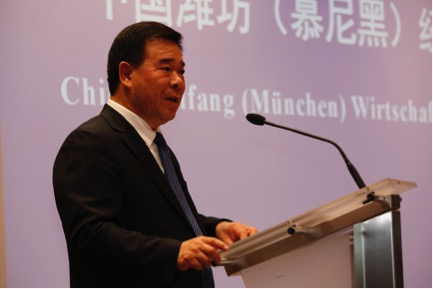 On October 10, 2018, China Weifang (Munich) Economic and Trade Fair was held in Germany. Liu, Shuguang, secretary of Municipal Party Committee of Weifang and director of the Standing Committee of the Municipal People’s Congress, attended and made a speech. Wang, Weidong, Minister of Economic and Commercial Envoy of the Chinese Embassy in Germany, Commissioner of the Freising District of Germany, some Chinese and Germany politicians and businessmen, and representatives of the press participated in the fair. 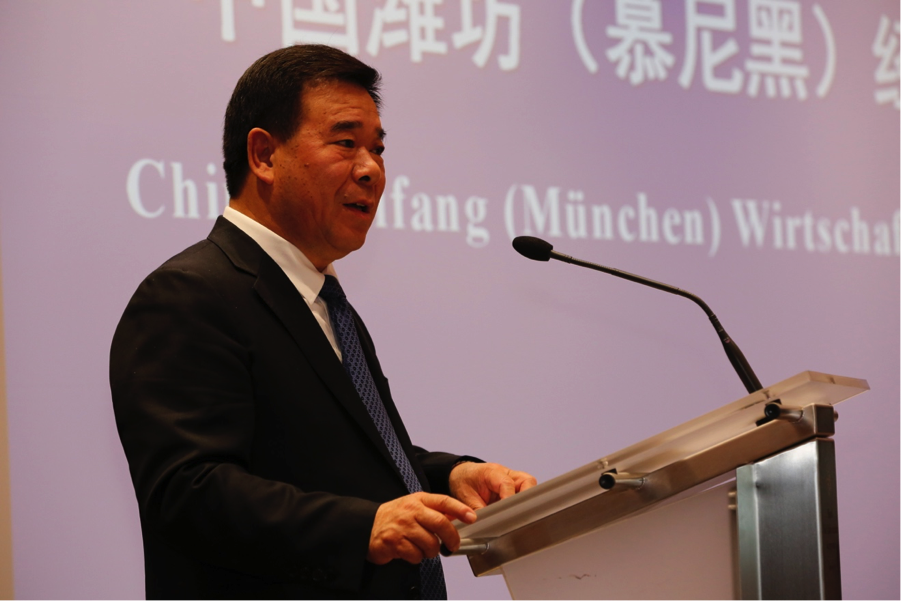 Liu, Shuguang, secretary of Weifang Municipal Party Committee and Director of the Standing Committee of the Municipal People’s Congress gives his speech.

Liu, Shuguang said in his speech that the city of Weifang has a long history and great cultural resources. It is one of the important sources of Chinese civilization. Weifang has excellent location and convenient transportation. It is open and inclusive and it has superior business environment. Weifang has established trade relationships with 209 countries and regions. And 32 of Fortune 500 companies have invested in Weifang. It ranks 50th of the top 100 foreign trade cities in China. Weifang’s relationship and cooperation have been around for a long time. Weifang still has a well-preserved mining area and 103 German-style buildings. The Jiaoji Railway, built in 1902, is the earliest railway in Shandong Province. At present, 14 German companies have invested in Weifang and 7 Weifang companies have established enterprises in Germany. In 2017, the import and export volume of Weifang and Germany reached 3.72 billion yuan. 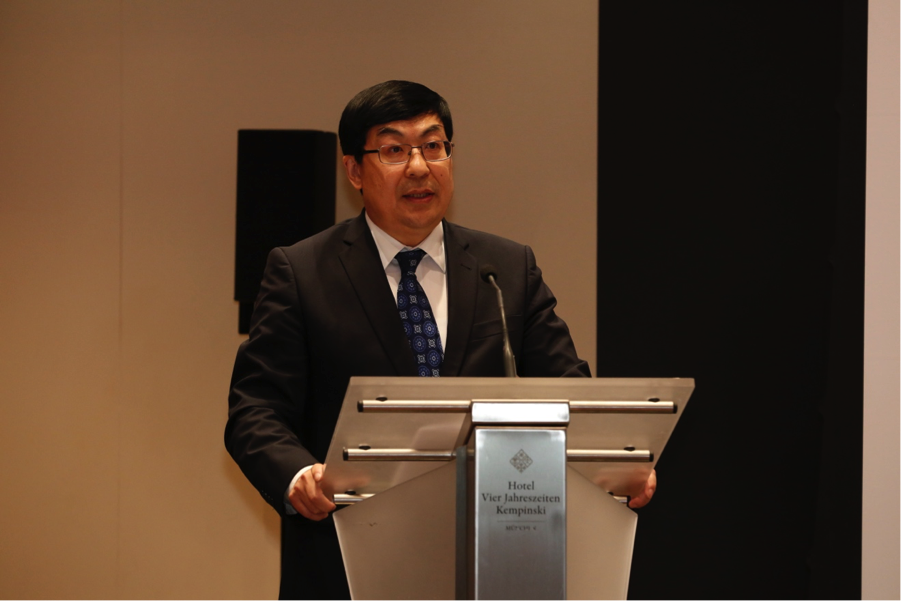 Wang, Weidong, Minister Counselor of the Economic and Commercial Counsellor’s Office of the Chinese Embassy in Germany gives a speech.

Liu, Shuguang has high hopes for this economic and trade fair. He said that the main purpose of the visit is to thoroughly implement General Secretary Xi, Jinping’s important speech messages and spirit of instructions that he gave when he visited Shandong.  Meanwhile to implement Shandong Open Development Conference as well as to promote the province’s investment and recruitment work.  Hopefully to further increase the practical cooperation between Weifang City and Germany in the fields of intelligent manufacturing, modern agriculture, technological innovation, industrial new city, energy resources, modern logistics, port development etc., having in-depth docking and learning German industry 4.0. With the promotions of overseas business investment and high-quality development, injecting new vitality and growth points to accelerate the transformation of new and old kinetic energy in Weifang City. 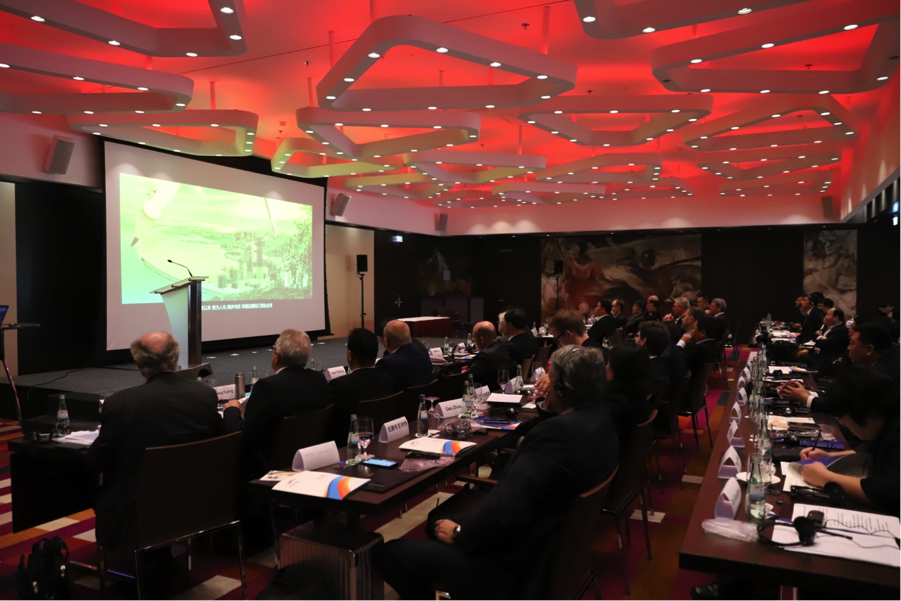