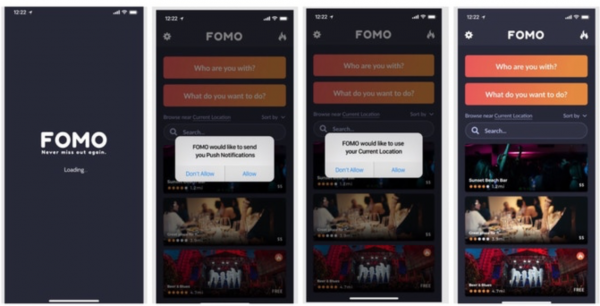 The only social interactive app that connects you with the most popular things happening around you.

Whether you’re traveling to a new city for the first time or bored at home on the weekend, discovering events near you can be tricky. After all, people usually find out about cool events by word of mouth or by being an extremely loyal online fan/follower/subscriber of whoever’s hosting it. But one app aims to make finding local happenings easier than ever. The app, called FOMO, has just launched on Kickstarter.

FOMO was created to bridge the gap between existing ways to find events, such as social media, web searches, to deliver a single, seamless app for doing such. Plus, to make it even more convenient, searches are based on users’ interest. By using systematic algorithmic processes, FOMO pinpoints things to do based on the user and generates a list for the user directly within the app.

Users can see information on nearby happenings in a variety of categories, including active, food, entertainment, shopping, sightseeing, family friendly, and free.

Now, the creators of FOMO have released the concept to the world via a Kickstarter campaign that aims to raise $175,000 for the creation and marketing of the exciting new app.

According to the FOMO team, they’ve invested much of their own finances in securing the concept to this point, and now, they are turning to backers.

“Please join our FOMO family by making a donation to this project, sharing this project with your family and friends, and help bring FOMO to life,” said the team at FOMO.

The FOMO Kickstarter campaign will be live until January 6, 2019, and perks will be available by August 2019. Further information is available now at https://www.kickstarter.com/projects/20140718/no-mo-fomo-never-miss-out-again?ref=64xjqb 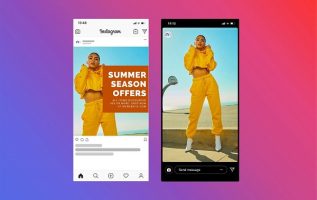 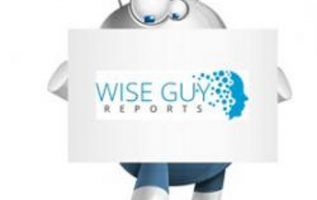