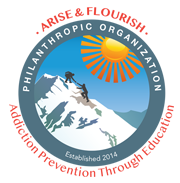 Bethesda, MD – A non-profit organization that helps those who struggle with alcoholism and addiction, including individuals and their families, has said more needs to be done to tackle the growing alcohol addiction in Washington DC. The charity wants to make young adults understand how to spot signs that they have become dependent on alcohol.

Arise and Flourish, a charity which is run by volunteers visited 40 schools last year and spoke to more than 10,000 students to help combat addiction. The important charity, which is making a real difference in Washington DC, is concerned about the growing alcohol addiction problem with young adults in Washington DC and the USA.

It is important for young adults to understand the signs they have become hooked on alcohol and they have an alcohol problem. By understanding the signs, Arise and Flourish hopes they will then admit to their problem and seek the help they need to overcome addiction.

Symptoms of alcoholism include:

• Having cravings or a strong need or urge to drink

• Loss of control: being unable to stop drinking once started

• Physical dependence exhibited by withdrawal symptoms such as nausea, sweating, shakiness, and anxiety once stopped drinking

Arise and Flourish, which plans to visit more schools and speak to more children with the aim to reduce addiction in Washington DC, has said alcohol abuse can have serious health and social consequences, and may seriously damage a student’s career prospects.

A spokesman for Arise and Flourish said: “Alcohol abuse can result in a higher probability of serious injury, including death. It can also increase the risk of cancer of the mouth and increase impotence and infertility. We need to try and make young adults understand the danger that alcohol can have on their lives.”

The charity urges the media to come together, including online social media, to help send out the message of the dangers that alcohol can have on a young adult’s life. By working together, Arise and Flourish believes that the number of students who turn to alcohol in Washington DC and the whole of the USA will be reduced.

To learn more about Arise and Flourish and how they are helping to reduce the addiction problem in Washington DC, please visit http://www.ariseandflourish.org

About Arise and Flourish

Arise and Flourish, a non-profit organization, helps those who struggle with alcoholism and addiction, including individuals and their families. Arise and Flourish brings together like-minded organizations and individuals to share ideas and information concerning the critical social needs created by alcohol and drug dependency in the Washington Metro area. The organization advances specific solutions for those needs through prevention, education, fundraising, and issue awareness-building activities. 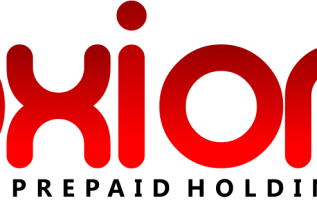