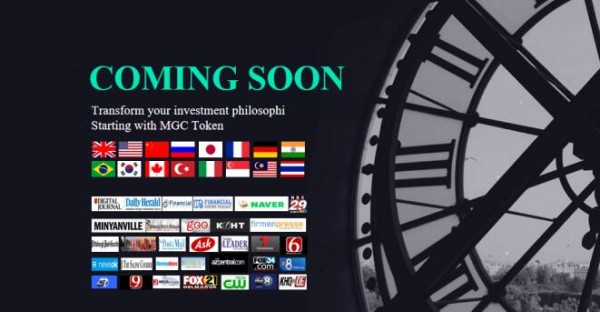 At this moment, we are great honored to announce that MGC Token, developed by AONE Technology Team of BG-MF, the Berdwin Global Market Fund Investment Group, will be officially launched worldwide on April 26, 2019 of London time.

As a start-up event, MGC Token has prepared millions of candies for registered users and will celebrate and share with global users. Please refer to the announcement for the details of the event.

The MGC issued by MGC Token has a total circulation of 600 million pieces and a starting number of 60 million for the resource value transaction scenario of MGC Token Ecology.

MGC Token will officially release the beta version in public on April 8th. Meanwhile, the landing ecological scene of MGC Token is under construction in order. MGC Token expects that more users, third-party developers and other ecological partners will cooperate with us to promote the landing of MGC Token technology and explore more application scenarios in investment economy, finance, artificial intelligence and other various fields.

MGC Token is a decentralized wallet based on the blockchain technology. It aims at building the globalized ecological chain and providing cross-border payment without border restrictions, through which it can realize currency to currency transactions, accounts transfer payment and some other functions for users. At the same time, MGC Token supports multi-currency storage, using hot and cold wallet separation technology to provide users with a safe storage environment. There will be more applications open in the future.

Russian Association Of Mentors Tells The Truth About Russia