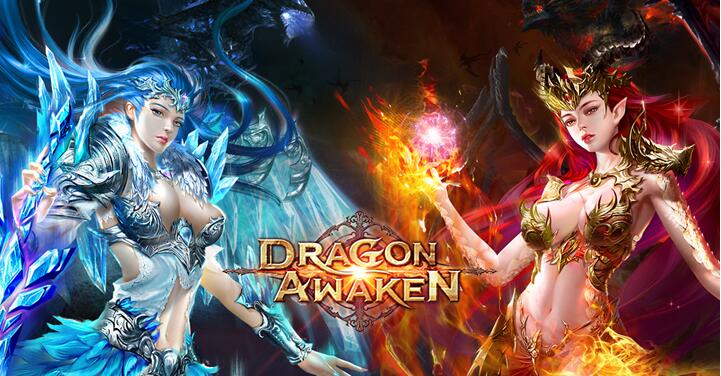 The new free 3D Turn-Based SRPG browser game, Dragon Awaken Deutsch will be released on March 27th, which is available on Facebook. In this new epic adventure, players take the role of a mighty hero who will save the world on the back of dragons.

Dragon Awaken is a thrilling browser RPG game, which has created a strong community in North America and Europe, and there are more than 4,623,213 players around the world so far. In order to acknowledge the support of players in Germany and meet their urgent demand, the whole development team of Dragon Awaken spared no effort to develop the Deutsch version of this game, which is exclusive for Deutsch-speaking players!

Players take the role of a mighty hero, they can manage their lands, own dragons to help them in the battle, lead an army of heroes and much more! Dragon Awaken gives the players the chance to enhance their battle rating using the method they like the most – Player Upgrade, Heroes, Mounts… players will be able to become stronger in unique ways and be like no other warrior.

Designed to adapt to the player’s preferences, they can choose between four different classes of dragons. Players can upgrade their dragons in order to fight against the Dragon Boss. Each dragon has special aura and it can offer powerful effects to players’ units. They have the power to deal damage with special stats and ignore the enemies’ defense. They can also accompany players into battle and they take control of players’ combat units to provide them with extra stats.

Player can choose to join the two main factions of the game, Supremacy or Amity, when they reach a certain level. These rival factions will make player engage in different social events and features. Battles for resources, lands and glory will be the main activities between these two factions.

Hero System feature real heroes from mythology and history. Each hero has an avatar and combat image with unique skill effects. Develop your heroes and conquer the world with them! Players can check their recruited heroes’ data in the Hero Panel. Recruit more heroes to activate more hero combination buffs, which will permanently provide extra buffs in battle once activated.

Players can equip wings when they reach level 31 to have a cooler appearance and increase their Combat Effectiveness. As they level up, their appearance will change. They also provide great battle buffs.

Wings Upgrade Stone is used to enhance wings and can be obtained through Wings Trial. Players have one chance to challenge the Wings Trial every day. When the trial battles begin, enemies will appear round by round. When all enemies are defeated or the player’s team fails, the trial will end. If players can kill all enemies of a round in just one round, they can skip the next three rounds. Every 5 rounds, players can get an extra chest filled with rewards.

Dragon Awaken is a thrilling browser RPG game built around character growth, dungeon exploration and PvP features. In this dangerous fantasy world players are warriors destined to do great things.

2. 3D rendering: With the help of the 3D rendering engine, the game provides high quality graphics. All characters and buildings have been modelled in 3D.

3. Beautiful and diverse backgrounds: From the Cosmos to the Continent, we offer you a world full of imagination.

4. Thrilling battles: The semi-turn based system offers you exciting and spectacular fights. You won’t want to miss any detail of your battle.

5. Hero Development: Featuring real heroes from mythology and history. Develop your heroes and conquer the world with them!