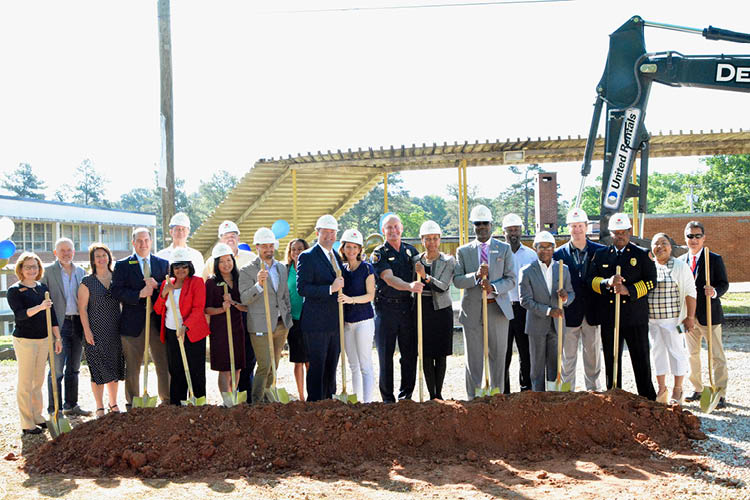 Building upon excellence in education, Landmark Christian School and the Fairburn community broke ground on May 6 to renovate the formerly segregated Fairburn Public Elementary School. The ceremony marked a new beginning for Landmark, South Fulton County, and the City of Fairburn by formally embarking upon a $10,000,000 renovation and construction of a new high school. Landmark is renovating the historic building that once was used to divide the community and constructing one of the most innovative and unifying schools in the state and nation.

“The city of Fairburn is excited to witness this groundbreaking ceremony. It is symbolic in so many ways.” Mayor Pro Tem Linda Davis said to those in attendance at the ceremony. “We are breaking the ground from old traditions to new possibilities. We are breaking the ground from the segregation partly based on fear to the integration of bold visions and ideas… to the freedom of neighborly love. We are moving forward together.”

Prior to being named Fairburn Elementary School, the building was known as The Fairburn Negro school dating back to February 13, 1947, on the original topography blueprints. Then, the school housed just four teachers and 125 students representing all grade levels. It wasn’t until the early 1970s when white students joined the now named Fairburn Elementary School. The school closed its doors in 1991. Landmark Christian School purchased the vacant buildings in 2007 from the city of Fairburn and the buildings have remained mostly untouched until May 6, 2019.

The new 21st-century high school will unite the community by attracting students of all backgrounds and interests and continuing to prepare leaders for generations to come. The new building will house the Landmark Aviation Academy, including a flight simulator that currently only a handful of high schools in the nation offer. Other unique offerings include the Film Academy, Leadership Academy, Engineering Academy, and later to follow, a Culinary Academy and Dance Academy. These Academies along with the recently launched Landmark Music Academy provide many opportunities for students to determine their interests and develop their passions.

In addition to Mayor Pro Tem Linda Davis’ passionate address at the ceremony, Judge Carla Wong McMillian read a proclamation from Representative Derrick Jackson, member of the Georgia House of Representatives, acknowledging and applauding the efforts of Landmark and their commitment to making South Fulton County, Georgia a better place to reside. The proclamation states that May 6, 2019, will now be recognized as “Be the Change Day.”

The success of a recently launched capital campaign by Landmark, titled “IT’S TIME” reflects how this project resonates with the community and has already reached $5,000,000 in donations.

A gofundme account has been set to help accomplish the remaining funding goals: https://www.gofundme.com/be-the-change-initiative

Please contact Dr. Jason McMaster, Head of School, to discuss how corporations and individuals may be involved: jmcmaster@landmark-cs.org | cell: 805-338-8901

To learn more about Landmark Christian School and to follow the journey of the Be the Change project, visit landmarkchristianschool.org/bethechange

For more information about Landmark Christian School, to tour, or to inquire about admission, visit landmarkchristianschool.org or call 770.306.0647. 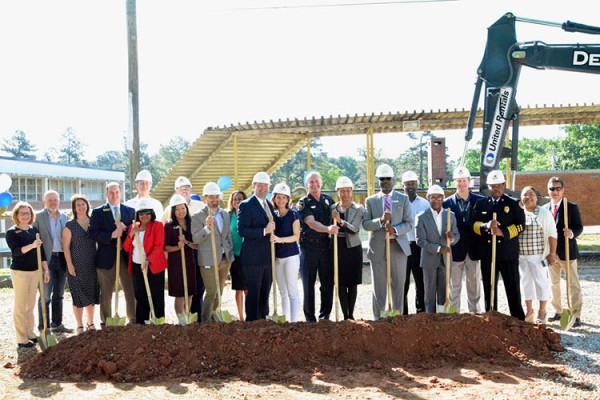