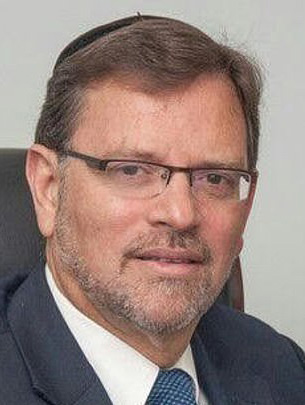 Dr. Norman Goldwasser gains in popularity among people dealing with a variety of personality disorders and sexuality.

Dr. Norman Goldwasser, the popular and highly respected psychologist with over 30 years of professional practice, has emerged as a solid support system for people battling various types of personality disorders. Dr. Goldwasser specializes in marital and couple therapy, treatment of substance abuse and behavioral addictions, OCD and anxiety disorders, ADHD, narcissism and other personality disorders with the focus on relapse prevention.

“In my thirty years plus of professional practice, I have helped many patients overcome their personality disorders and reconcile with their families,” says Dr. Norman Goldwasser. “My goal has always been to help my patients achieve their goals and not decide what is right for them. I believe that every individual must enjoy their fundamental civil right to determine how they wish to live their lives and the type of therapy approach that they choose to engage in.”

The reputed psychologist has stated that he has never practiced or endorsed conversion therapy. He views it as coercive and unethical and has roundly condemned it.

Dr. Goldwasser has also been working with people having issues with their sexuality. He never tries to force or persuade individuals to change their sexual preferences. In fact, he has helped many such individuals reconcile with their families. The clinical psychology expert prefers working with the teenagers privately to help them process their feelings and clarify their long-term goals before determining the right course of action.

Dr. Goldwasser has Masters and Doctorate degrees in Clinical Psychology from the Virginia Commonwealth University in Richmond. For the last 25 years, he has remained focused on trauma therapy in which he makes use of EDMR or Eye Movement Desensitization and Reprocessing to help people desensitize and reprocess traumatic experiences that may have affected their development or functioning.

However, the subject of trauma and sexual attractions forms a rather limited part of the doctor’s clinical practice. He also dabbled in reparative therapy so years ago.  In the early stages of his career, Dr. Goldwasser was briefly involved in JONAH, an organization that dealt with reparative therapy. He was also involved with the National Association for Research and Treatment of Homosexuality (NARTH) and used the platform to promote higher professional standards for clinical practices.

He also had to deal with some radical gay activists who have been constantly trying to belittle his works because they do not agree with his views that sexual attraction is not immutable, and can, in fact, be fluid and changeable, under certain circumstances and conditions.

Dr. Norman Goldwasser is committed to helping victims of sexual abuse and trauma. He has healed many such individuals and has received numerous messages of appreciation from the loved ones of such victims.

Dr. Norman Goldwasser is a licensed psychologist and clinical director whose trauma treatment has helped numerous patients turn their life around. He makes use of various methods to help patients deal with their personality disorder struggles. He also has done an enormous amount of work in the field of OCD and anxiety disorders, ADHD, narcissism, sexuality and other disorders.