ASA Ventures, a venture capital firm based in the UAE, is set to disrupt traditional e-commerce in emerging markets with the launch of ZON, the region’s first fully decentralized mobile based e-commerce network. The mobile-first e-commerce venture has completed its pilot test successfully and will launch in the UAE at the start of 2020.

“For the past 4 years, we have been using proprietary machine learning algorithm to collect and analyze data,  which has made it possible to fulfill orders using real time inventory information across every product category, regardless of the size of the seller,” says Arif Saiyad, Founder and CEO of ASA Ventures. “The key aspect of ZON is its decentralized model that allows for in-situ order fulfillment and real time image-based validation of stock. We are launching in the UAE and will look to grow aggressively in other emerging markets thereafter.”

The UAE Ministry of Economy has estimated that e-commerce constitutes 10 percent of total sales in the UAE, while the country has enormous potential with nearly 100 per cent smartphone ownership and internet penetration.

ZON, led by ASA Ventures, has already received a seed investment of US$ 5 million from Arif Saiyad. The seed fund has been deployed for market research, product development, expanding its retailer network and pilot testing. The network has already on-boarded, tested and trained over 30,000 sellers since February 2019 – nearly twice the number of sellers active on the country’s largest online marketplace. Through its seller network, ZON has over 16 million SKUs (stock keeping units) currently registered on its platform, many times higher than any other online marketplace in the country.

The company is now in its Series A fundraising round, which is expected close by October 15.

According to Arif, “E-Commerce as an industry was built on the promise of a more inclusive world – one that wasn’t restricted by factors such as physical movement of goods, stock limitations, price fixing and bad customer service. Fast forward to today and what we have is that the platforms responsible for putting 100% of retailers, distributors and wholesalers online, have only seen 9% signups over one and a half decades, of which only 3% are active marketplace sellers. ZON is unlocking the true potential of retail through a mobile-first approach that empowers those retailers that are currently offline to reach customers that are online, without the need for a centralized fulfillment.”

“By virtue of expanding the universe of options for consumers, ZON is able to offer almost any product for cheaper than the cheapest e-commerce deal and deliver any product almost instantly, so we are confident consumers will embrace and love it. The real time geo-tracking and advanced search capabilities that allow for price and proximity filters makes the ordering process fun and entirely transparent,” he says.

According to data gathered by UAE-based Mashreq Bank, e-commerce spending in the UAE rose by 48 per cent in 2018. Last year, a BMI Research report forecasted the region’s e-commerce market to grow to US$ 48.6 billion by 2022, up from an estimated $26.9 billion in 2018. 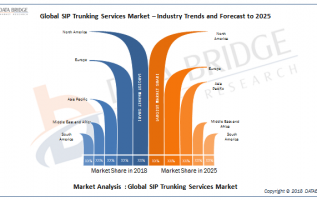 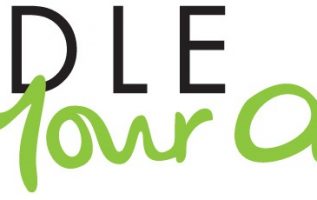