New York, NY and Bend, OR – September 6, 2019 – Influencer-led, digital gaming — a clear opportunity area within one of the fastest growing global entertainment segments — will be the focus of INKGames, a company preparing for its emergence from stealth mode.  Backed by a team of successful gaming investors, marketers and technologists the company has been working outside the public eye; building a core team, establishing its early game platform development operations and optimizing its proprietary payment technology.

INKGames’ parent company InfluenceINK, shares that the plan for the platform is to target game and social users and influencers, while incentivizing platform participation through entertainment and income earning opportunities.

Globally, game users are spending billions of hours and dollars on in-game purchases of digital assets, virtual loot and in-game recognition. These purchases have little tangible value in the real world. INKGames disrupts gaming’s traditional business model by incentivizing users to join a platform, participate in games, invite others and earn points for the virtual assets, activities and invites they generate. Points are redeemable for real world currencies.

INKGames’ CEO and game investor, Robert Towles, sees the opportunity to bring together gamers, influencers and social users in a way that is both experiential and rewarding:

“Users and influencers want gamified, global platforms to monetize their reach and social following. They want to be paid — transparently, generously and ongoing — for their contributions to game platforms. We offer this in an easy and engaging way.”

As it moves to market, the company notes three key value levers:

INK Games is continuing it is in the early stages of product and team-building. It expects a public launch and limited onboarding of early network participants in Q3 and Q4 of 2019.

INKGames is the digital gaming platform of technology company InfluenceINK. The company focuses on building digital gameplay environments that attract users and influencers and build affinity through a mix of entertainment and income earning opportunities.

For more information visit www.INKGames.io. You can also find them on Facebook here: https://www.facebook.com/INK-Games/ 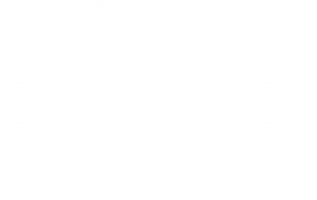