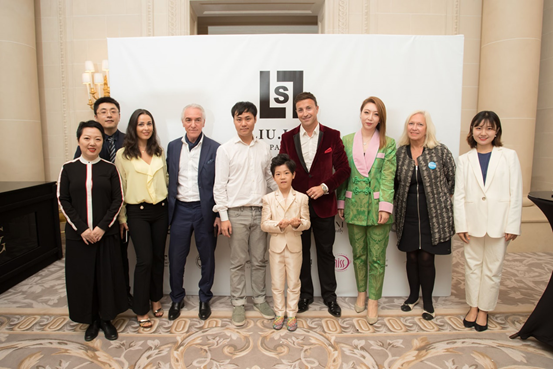 Hongkong – Oct 1, 2019 – At 11:00 am on September 22, 2019, “The New Plan of Liu Lisi” organized by the Sino-French Cultural Media Association (ACMFC) which was held at the Salon Auteuil of the Four Seasons Hotel George V, close to the Champs Elysées in Paris, France. The chief guests who participated in this conference were: Brand LIU LISI PARIS’s founder Mr. Lisi Liu, UNICEF (France) Coordinator and Promotion Leader Mrs. Christine Chevalier, the brand founder of DRAGONMINI & Long Yin International Managing Director Mrs. Seasi Han, and etcetera.

At the press conference, Liu Lisi said that he was delighted to present his fashion show. He thanked UNICEF (France) for their trust, and he was able to achieve the second year of official cooperation and once again organize charity activities to help children. Later, he introduced that the show will gather the design essence from his five past show in the field of haute couture. The later works would be more integrated into Chinese high-end craftsmanship and international culture. He was hoping to contribute to Sino-French cultural exchanges, also make European fashion and luxury goods more appreciate into the Asian culture.

Seasi Han thanked Liu Lisi for his invitation and appreciation of his fashion creations. She then expressed his pleasure to have the opportunity to cooperate and jointly promote charity and public welfare and help more children in need.

Other guests also expressed their gratitude to Liu Lisi and the children’s charity project through speeches. At the end of the press conference, Liu Lisi represented all the guests on the scene and presented a trophy for George Ding who won the Sino-French Charity Little Angel Champion.

In the afternoon, at the Four Seasons Hotel Salon George V Vendôme, Liu Lisi held his fifth-year retrospective fashion show. As a Chinese designer who’s working in the French luxury world, this is a summary of his previous design styles and works, and also a new start. LIU LISI PARIS and DRAGONMINI came together for the charity of children, presented haute couture explicitly designed for children in this show. 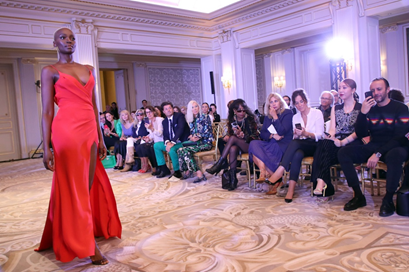 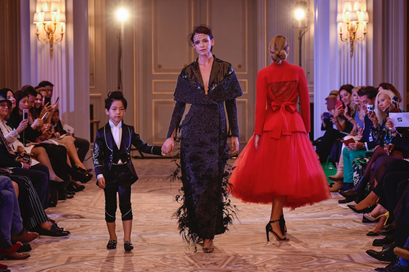 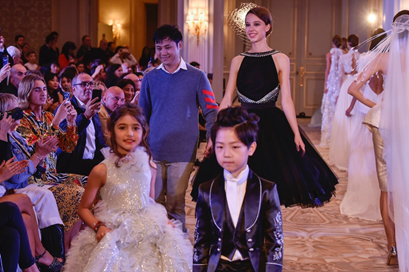 The model who was recommended by Charme De La Mode left a deep impression on this fashion show. Style designed by Sino-French Fashion Industry Association (AFCM) was unique and elegant; it had won the unanimous affirmation of the guests who were present. The whole fashion show was performed in beautiful music and ended in the beautiful singing of Italian soprano Desire Capaldo, who was recommended by GIOVE. 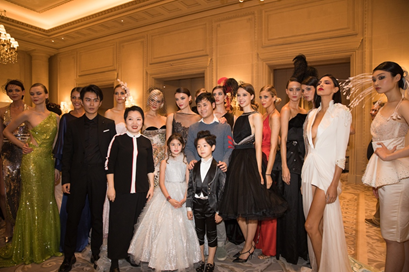 In the evening, the guests participated in a charity cocktail party co-sponsored by LIU LISI PARIS and UNICEF (France), they also watched the children’s wear haute couture fashion show. Also, they have witnessed the charitable donation of LIU LISI PARIS and DRAGONMINI as well. In the end, Liu Lisi specially thanked the organizer of the event: Chic Miracle and SHERP; he gave a high degree of recognition to their professional works and promised to continue to cooperate after the agreement.

(*Any question about the press release, please contact the editor hk@asiapresswire.com)