Hello, everyone, I am Joey. I am a Grade 11 student – equivalent to Senior Three in China – in California, American. This is my third year of studying and living here. In this school, I am one of the only two Chinese members on the 11th grade school basketball team, as well as one of the four vice-chairmen of the Student Union. During the New Year and Christmas day of 2019, my Chinese compatriots and I have made all the teachers and students enjoy a strong Chinese style. Meanwhile, my own performance of Jay Chou’s Blue and White Porcelain was warmly welcomed.

Overall, be it slight or great, differences do exist in living and learning between China and American. According to my observation, I have found that the Americans pay much more attention than the Chinese in personal oral care.

My teammates always wear braces to prevent collisions when playing basketball, which is also a universal phenomenon in NBA. To be honest, this is the first time that I have realized how much importance the Americans have attached to the oral care.

In California, which is abundant in sunshine all year round owing to the subtropical climate, people are cheerful, lovely, greet their friends warmly when they see each other and show their typical white teeth. In contrast, people in the northern areas where it is cold areas greet everyone with stiff face.

If you pay more attention to American culture, you can find out that almost all the American will grin widely with clean and tidy tooth in their professional photos.

Besides, in American, of the top 20 highest-paid occupations, the top 14 are doctor-related, among which, dental surgeons are in the top three with incomes of up to $200,000, while the earning of lawyers who are generally presumed to be high-paid ranks only around 15. This shows how much importance Americans attach to oral health. In consequence, we can safely say that the tailor makes the man in China, while the tooth makes the man in America.

In American culture, there is an unwritten consensus that if a child’s teeth are not good-looking, clean or white, the child will be considered abused by his parents. Therefore, American children attach great importance to dental care from childhood. In addition to orthodontics with hoops and frequent visits to dentists, the most important standard is that they would use electric toothbrush from an early age, usually around 10 years old or even earlier.

Except some oral problems that must be solved in clinics, more Americans prefer to use routine care tools such as electric toothbrush, floss, mouthwash and dental flushers. By the way, boys and girls pay equal attention to this regard.

But in China, people who use electric toothbrush only take up 5% of the total population. In comparison, its penetration rate has exceeded 30% in some neighboring countries such as Japan and Korea. Therefore, it is sure that we Chinese are lagging behind in the convenience of oral care.

Therefore, during the winter and summer vacation when I came back to China, I thought about making a high-quality electric toothbrush, so as to improve Chinese people oral health. Frankly speaking, this is not only a small personal wish, but also a project that I have to plan during my internship in school. I think it is very meaningful.

Subsequently, I am going to talk about teeth and electric toothbrushes with 5 sections, hoping that you can read carefully and introduce oral care to people around.

The enamel on the surface of teeth is the hardest substance in human body and 96% of the enamel is composed of hydroxyapatite. Once this component is destroyed, it will not regenerate, which means it is irreversible. In spied of dental filling, it will not be as hard as the original ingredients of their own growth.

Once the enamel is damaged, the dentin inside the tooth becomes very fragile, just like a soldier who has been stripped of armor. At this point, dental caries will develop rapidly, toothache is waiting for you in the near future, and at that point your wallet will begin to bleed, which means you will begin to pay a big price for you teeth.

As for as my personal experience is concerned, protecting our enamel is just as important as protecting our deposit account password. The following part will explain the reasons in detail.

Generally speaking, the maintenance of teeth is generally divided into five categories: dental care, orthodontics, dental cosmetology, dental implantation and general treatment. The most common form of dental care is tooth washing whose starting price varies from dozens of Yuan to hundreds of Yuan. But suppose the teeth were inflamed, the starting price would exceed 1000 Yuan. In terms of common orthodontic brackets, the price of ordinary steel wire type starts at twenty or thirty thousand Yuan and that of invisible orthodontic brackets start at at forty and fifty thousand. With regard to dental implants, it’s basically about 5 or 6 thousand Yuan per tooth. Notable, a implant tooth with high quality costs more than 10,000, with the most expensive one reaching 80,000 yuan. Therefore, there is a saying in the industry: planting full tooth is equivalent to buying a BMW.

The price associated with teeth is extraordinarily expensive in EU and American. For instance, simple root canal therapy costs about $1500, equivalent to about 10,000 Yuan. If you wand to treat periodontitis, it will take 50,000 Yuan. After all, American is a country where $1,000 should be paid for calling an ambulance once.

In Britain, pulling out a single tooth costs 700 pounds. In Japan, wearing dental braces costs at least 1.2 million yen, equivalent to nearly 70,000 Yuan! I’ve heard that someone fainted directly after receiving the bill later, because the price is unreasonably high.

It is true that little care about tooth in youth spells regret in old age.

Professional dentists advise us to drink fewer carbonated drinks so as to keep teeth away from acidic environments. Of course, what is more important and useful is to brush teeth regularly and rinse the mouth after meals.

If you don’t want to queue up and go to the dentist to spend money for annoyance, please build up the awareness of protecting your teeth from now on.

THE PAST AND NOW

Electric toothbrush was invented in 1959, and has become increasingly common in EU and American. In fact, in the 60 years since the invention of electric toothbrush, its own structure and principle have not changed much.

As I has mentioned before, the prevalence of electric toothbrush in European countries and American is 45%, but is only 5% in China, which means the absolute value is only seventy or eight million.

In the past, people had the following perceptions of electric toothbrushes: expensive, unsafe, short duration, and even feel afraid that it will harm the teeth.

In contrast, now these “prejudices” have changed to a large extent. The price threshold of some so-called “electric toothbrush ” is already lower than that of manual toothbrush, and their waterproofing performance is above grade 7, so that it is unnecessary to worry about safety at all.

At present, there are many kinds of electric toothbrush in the market, but the waters were muddied and the bad and good became inevitably mixed. It is known that the cheapest “electric toothbrush” in micro-commerce system only costs 9.9 yuan without postage. In addition, there are many 19.9 or 29.9 Yuan products in Tmall or JD. We call this type of products “hollow cup” which is powered by dry battery, and whose brush head is driven to vibrate in virtue of a small circuit board hitting the connecting rod, so that they cannot be categorized as electric toothbrushes in a strict sense.

A qualified and good electric toothbrush, generally is supposed to be equipped with: lithium battery charging, endurance of not less than 20 days, waterproof grade 7 or above, more than three degrees of power regulation, real DuPont brush, PP material brush head, fuselage for non-toxic materials spraying or injection molding conditions and so on.

In conclusion, please allow me to briefly introduce my brand and products again.

The electric toothbrush invented by I is named Langbo. “琅” is a kind of white jade which is symbolic of whiteness and stiffness in ancient Chinese. This coincides with my original intention of inventing an electric toothbrush, as I hope my products can make Chinese people’s teeth whiter and stronger.

Emperor Xiaozong of the Ming Dynasty invented the first manual toothbrush in the global sense because of oral problems that led to a series of serious problems. Looking back on the past, I also hope that we Chinese can produce electric toothbrush with higher quality than international brands.

Therefore, when I was creating the brand – Langbo, I chose Lang character deliberately. “琅” is a kind of white jade representing whiteness and stiffness in ancient Chinese, which is consistent with the purposes of our electric toothbrush, namely, white and strong. “Bo” is derived from the extensive and profound Chinese culture, in hope that our brand can have infinite vitality like our culture.

Even in the design of brand logo, seal character was employed, which actually took example by the 2008 Beijing Olympic Games logo- the dancing Beijing. I sincerely hope my products can be made in China on behalf of China.

In the light of packaging, we also boldly adopt elements with Chinese characteristics, such as jade, fans and so on. Simultaneously, I incorporate some simple elements of some cities and some landmark buildings in Beijing, Shanghai and Hangzhou city. I hope that both myself and contemporary young people can find the identity of Chinese culture and sense of belonging in the process of national rejuvenation in this country.

In the process of product research and development, we visited more than 10 factories in order to find products of higher quality. Take one of the pink fashion model product for example. This product adopts the latest technology of copper-free wool planting in the world. Notably, the wool-planting machine, whose price is as high as 7 million Yuan, needs to be imported from Germany. However, currently there is only few such machines in the whole China. Applying such wool planting technology ensures the consistency of Langbo products and Philips products in quality. At the same time, with regard to the continuation of the product, battery with super-large capacity of 2000 MA has been put to use, which currently ranks second in the industry, and whose standby time can reach more than 100 days, far exceeding the international brand. Even for the fuselage paint, we also require the factory to meet the EU ROSH standards and five spray baking, to ensure that the machine itself maintains good smoothness. In addition, we also solemnly promise that during the 2-year service period, any toothbrush that is damaged by non-human factors can be replaced free of charge. I hope the customers who choose and trust our products deserve the best quality. 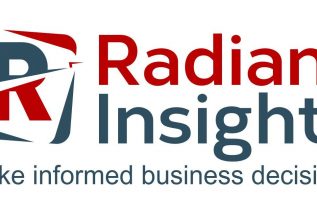