NODE – Shaking The Blockchain Node Around The World 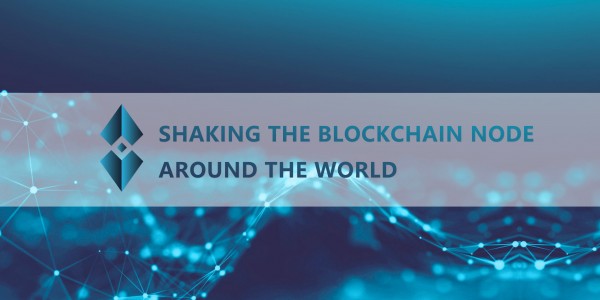 Due to the extensive popularity of Bitcoin in the world, blockchain technology develops swiftly. It is considered to be the fourth technological revolution following steam engines, electricity, and the Internet. Which has attracted wide publicity from government departments, financial institutions, and social media.

The current generation of tokens is the most common use case for blockchain technology, and getting more and more people to invest in digital assets is the main job of it. However, many people interested in blockchain are discouraged by the high technical barriers of most blockchain products. Based on this context, NODE came into being.

NODE is committed to providing the public with a safe, convenient, efficient and stable digital asset platform, creating a new digital global node ecosystem with digital assets, digital identity and digital transactions. By opening up the connection between digital currency and the physical world, NODE will enrich the application of blockchain technology and digital currency to promote its business and social development.

It is worth mentioning that NODE has launched a global marketing plan covering major cities such as Tokyo, Japan, Seoul, Germany, Berlin, the United States (Washington, Los Angeles, Chicago, Silicon Valley). Standing out among the many quality projects, NODE works with world-renowned companies and has unlimited market potential.

NODE will focus on the development of network nodes, electronic payment, digital asset trading, and other industries, making asset circulation smoother. NODE will protect the privacy of users’ communications, assets, transactions, and authentication. Meanwhile, payments, transfers, social activities will be aggregated in NODE applications, facilitating the trading and transfer of digital currency.

NODE’s investment tools will attract investors from experienced cryptographic assets, digital assets and blockchain projects to our platform. NODE’s social tools will reduce the difficulty for potential users to join us, and new investment funds will be applied to the blockchain industry.

The potential development groups of NODE are those who are interested in blockchain technology but lack investment tools. The high-performance investment tools provided by NODE will certainly encourage more people to enter the blockchain market.

By providing revolutionary distributed digital financial services to users around the world, NODE hopes to help financial markets in various countries and regions, break the technical barriers of traditional digital node networks, and promote technological changes in the new ecosystem of digital assets.

Tips for Choosing Quality Women’s Work Pants According to RealtimeCampaign.com

RealtimeCampaign.com Explains What Is Possible With Big Data In Banking

Signs It Is Time to Call for Plumbing Fargo Help According to RealtimeCampaign.com