The Family of Jeanjaquet and the Best Neuchatel Clock The Family of Frédéric Jeanjaquet

Under the influence of his family elder Pierre-Auguste Borel, he started learning pendulum technology of ancient clocks and took serious interest in machinery. It turns out that he found what he really wanted in his life and the field that he as talented for.

The family was devoted to studying ancient lock manufacturing process unanimously. Members of the family were skilled and rigorous and utilized mechanical principles proficiently. Soon, royal noblemen came to buy their products one after another, and fell in love with the clocks.

Thanks to the joint efforts of the three generations, JeanJaquet, founded in 1825 at Neuchatel was no longer restrained in Switzerland but set its foot to France.

The most notable thing of JEANJAQUET dynasty is the legendary pocket watch “Captain” made by Charles Jeanjaquet in 1850 at Geneva.

At that time, Jeanjaquet has developed double-time zone pocket watches, and this pocket watch series is called Captain. The pocket watches are named Captain to let people on voyage know the local time of their hometown and never forget it when they are away from home for several weeks, even several months and in different countries.

All the enamel decorations on the clock were completed by Borel ladies. Emma, daughter of Eugene, took charge of the sophisticated painting and gold plating work.

Jeanjaquet’s upholding of the perfect watch manufacturing concept makes people in deep fond of it feel touched all the time. Such creative and unique design opens another chapter of chronometer design. 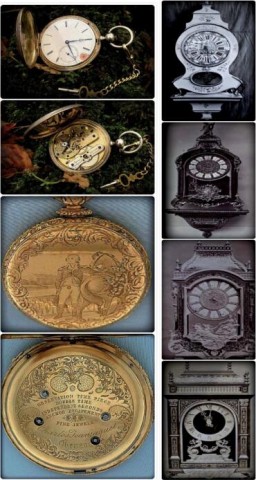 Selfless efforts throughout generations of the family enabled Jeanjaquet to become one of the three top brands of Switzerland in the age of Nepoleon. These three brands brought a huge revolution to the watch world.

Jeanjaquet, Breguet and Louis moinet, the three brands in the age of Nepoleon not only manufactured top quality watches, but also invented timer and flying tourbillon, and improved astronomical observation, pendule, alarm clock and astronomical watches and changed the world of clock.

• In 1879, Jeanjaquet chronometer was highly praised in large international exhibitions. 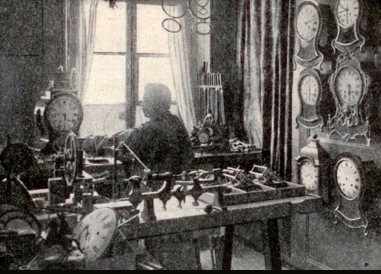 Hello World, An Art Affair around the Globe

Hello World, An Art Affair around the Globe