Bitu.ex publishes data analysis of cryptocurrency transactions from 2008 to 2019 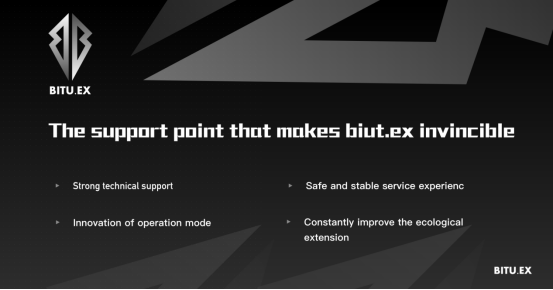 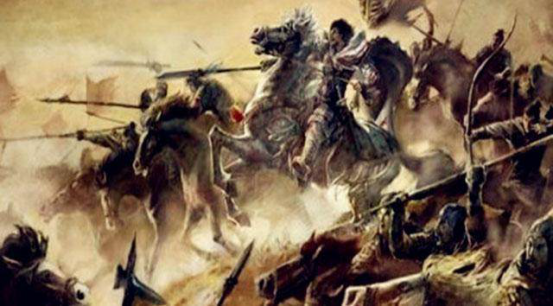 Exchanges are one of the core infrastructures in the cryptocurrency field, and they are also indispensable. On the one hand, exchanges are the most profitable business in the blockchain industry. First impression of digital currency. On the other hand, since the beginning of the exchange, it has always conflicted with anti-fraud and anti-money laundering regulations.

Nearly 10 years have passed since the birth of Bitcoin in 2008, and the rise and replacement of exchanges born around digital currencies is an important epitome of the blockchain industry.

Today, BITU.EX explores a brief history of cryptocurrency exchanges with you in the article “A History Of Crypto Exchanges: A Look At Our Industry’s Most Powerful Institutions” by nomics. 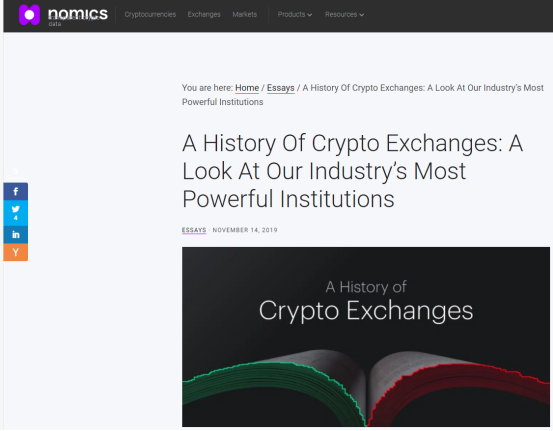 With the rise of spending on the Internet, there have been opportunities to exchange value in new electronic ways. The token is E-gold, the earliest electronic gold.

Subsequently, the founder of Gold Age subsequently created Liberty Reserve, another digital currency, similar to the predecessor of Tether, which was used to make Bitcoin in and out. However, Liberty Reserve was closed in 2013, and the founder Arthur in 2016 Bukovsky Bellanchak was arrested and eventually sentenced to 20 years in prison.

The first Bitcoin exchange was Bitcoin Market, which was born on March 17, 2010. Initially, PayPal could be used to exchange BTC and USD. transaction.

In July of the same year, Mt.Gox, the most iconic exchange in the early bitcoin trading market, was launched. At this time, other exchanges around the world were also launched. In March 2011, the bitcoin Brazil market was launched. Bitmarket.eu was launched in Europe shortly after April.

However, the prosperity of the exchange has not lasted for too long, and the hacking has followed, which has brought huge damage to the exchange. This period (2010.11-2011.12) can be described as the cold of the bitcoin trading market. Takeshi.

At this time, Mt.Gox began to leave a strong fortune on the historical stage of the crypto asset exchange.

The domain name of Mt. Gox was originally registered by Jed McCaleb. The initial purpose was to let people trade game cards in a popular game Magic the Gathering (Magic The Gathering Online eXchange), but in July 2010, Mt. Gox began to appear as a Bitcoin exchange.

Mt.Gox can be said to be one of the most iconic and infamous representatives in the history of bitcoin trading.It was once the world’s largest bitcoin exchange, and during peak times, it processed all bitcoin transactions by nearly 80 However, in late February 2014, with the loss of 850,000 bitcoins, a series of events such as theft of bitcoins on Mt.Gox led to the bankruptcy of Mt.Gox.

Two years after the bankruptcy of Mt.Gox, altcoins entered the stage of the history of cryptocurrency exchanges. This is not to say that nothing important happened in the exchange industry in the past two years. In fact, in the past two years, no There are fewer new exchanges, and a better system is also established in terms of technology to avoid Mt.Gox incidents.

In addition, with the birth of Ethereum, the value programmability and the rise of the erc20 token standard have also brought ico irrational fanatics.Since 2017, hundred times and thousand times coins have continued to emerge, and more For example, xvg has increased by more than 18,000 times, which is called 10,000 times coins. At the same time, bitcoin has also increased from 2,000 US dollars to nearly 5,000 US dollars. After a short-term decline, it has entered a form of skyrocketing and once broke through 19,800 US dollars. status.

But the ico boom did not last, and shortly after, people were no longer interested in altcoins in the long-tail market, and the exchange had to reinvent itself to adapt to the new changes.

Entering the modern stage from the crazy era of ICO, this stage can be summarized for the entire exchange: derivatives trading, platform currency & IEO, decentralized exchanges, and compliance. Especially today, almost all exchanges They are emphasizing self-regulation, embracing supervision to the greatest extent, and starting to cooperate closely with supervision, such as Gemini in the United States, which focuses on compliance.

Today, the exchange industry is still making continuous progress, and it is not difficult to see that the growth strategy of exchanges and the speed of product iteration are accelerating.

By observing the exchange, we can see the important perspective of the rise and decline of the entire blockchain industry.They must not only respond to the needs of all current users, but also provide new products and services to let everyone continue to believe in the industry.

Let’s wait and see the future of crypto asset exchanges.