Home
Technology
Blockchain router, the gateway to the decentralized internet of the future is now exhibiting at CES2020, Las Vegas

The recently launched Blockchain Router created some buzz in the market by presenting a gateway to the decentralized internet of the future. This device is proving that blockchain technology has far more applications than just digital currency, and aims to bring decentralized internet to every corner of the world. With this device, the customers will not only be able to browse through blockchain-based “.eth” domain websites, but also access regular websites in an anonymous, secure, and untraceable manner. Max Powers LLC, the creator of the Blockchain Router, is now exhibiting its innovative product at the Consumer Technology Association event in Las Vegas, from 7-10 January 2020. This event will help to introduce aforesaid revolutionary device to a higher number of people.

Following the CES event, the Blockchain Router will also be exhibited at a STEP Conference, one of the leading tech festivals for emerging markets to be held on February 11-12 in Dubai, and Startup Impact Summit in Hong Kong, attended by over 4000 people, more than 100 exhibitors, 120+ speakers and 150+ partners from 5 continents around the world. With back to back conferences and showcasing in leading tech festivals, it appears that Blockchain Router is ready to transform the way people use the internet.

Blockchain Router enables users to securely connect to the internet through an encrypted channel from anywhere in the world and access both – regular and blockchain websites that are not available on conventional internet connections. The decentralized nature of the Internet 3.0 makes it impossible to revoke someone’s domain name from the blockchain and block a website hosted on the distributed network. Before the Blockchain Router was introduced, it was really difficult for a non-technical person to remain anonymous and protected online. This new plug n play device takes security matters to a new level with systematic upgrades and makes it possible for everyone to access the internet of the future, Web 3.0.

Blockchain Router is currently running a crowdfunding campaign on Kickstarter.com where backers can make a pre-order at a special price by contributing to the campaign and choosing one of the perks. Also, 1st year of the high-speed residential VPN is given free to all backers. The built-in VPN inside the router makes it possible to share a single VPN account across multiple devices in the house, saving cost of unnecessary multiple VPN subscriptions.

Project backers will have the most secure email in the world, because it will be hosted on their own Blockchain Routers. With the advanced firewall features available in the device users will protect all connected electronics from online threats. Blockchain Router is truly the virtual bodyguard the world needs right now. 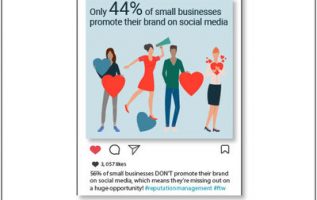