In January 2019 Alaa Harazin had a New Years resolution of starting his own TV series that revolved around his love for food and restaurants.  He wanted to promote the people that took it up on themselves to feed us good food, he hired one of the best television production companies in the state of Florida, secured airtime and hired a company to build his mobile apps for streaming services then started filming Florida Food Crawl.

The road wasn’t easy, it was bumpy just like any new business starting out, but Alaa Harazin was determined to show the public what restaurant owners really do behind the scenes.  Not to mention the financing for the TV show came directly from him with no sponsors or investors.  He spent all of 2019 creating content for his TV show Florida Food Crawl a restaurant review show that allows restaurant owners to promote themselves, their restaurants and the food they serve the public.

Alaa Harazin became obsessed with the idea that no matter what race we are, what color our skin is, what religion we are, there is one thing that really connects us, it’s food.  It’s the common denominator for all of mankind, in his own words “the most rewarding feeling is watching restaurant owners talk about their restaurant and food.”

Florida Food Crawl is produced with Florida tourists in mind, it’s a struggle that most people experience when coming to the sunshine state, not knowing where to go eat.  Unless they have been to Florida several times and know exactly where the best restaurants are, visitors have to make their decision based on walking around in the city they are in and deciding where to eat by how many people are sitting a restaurant.

Alaa Harazin wanted to make it easier for tourists and Florida locals to find the best restaurants in the sunshine state, giving an inside look into each restaurant, the food that is served, and the story behind the owners of the restaurants.

His TV show Florida Food Crawl is now on its second episode airing on Comcast  South Florida Channel 234 Every Wednesday & Friday 7 to 8 PM EST and streams on his own mobile app Lifestyle Network on Google Play and iTunes. 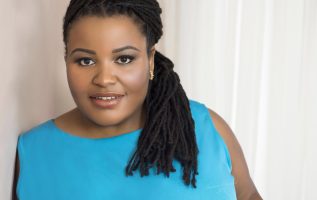