To cooperate with the Chinese government in pursuing the Belt and Road Initiativeand promote China’s friendship with countries along the “Belt and Road”, the Chinese “Belt and Road” Economic & Trade Delegation (or “the Delegation”) paid an official visit to Sri Lanka from January 4 to 9, 2020 at the invitation of the Sri Lankan government. LongBit was included in the delegation for the visit on behalf of the blockchain industry.

It is reported that the delegation included over 30 well-known top-performing Chinese entrepreneurs from the fields of finance, real estate, energy, blockchain, machinery and education — all are prominent figures in the Chinese business circles who represent their respective industries. As a representative of the blockchain industry in the delegation, LongBit is at the forefront of blockchain development and application in China. It created an all-new roadmap for the development of traditional enterprises through the incubation and empowerment of traditional industries in a pragmatic way. This idea became the highlight of the delegation’s mission abroad.

The delegation was received by heads and officials of the Sri Lankan government such as the President, Minister of Foreign Affairs, Deputy Minister of Industry and Commerce, Director General of Sri Lanka Customs, Minister of Defense and Director of the Anti-Smuggling Bureau. At the meeting, the newly elected government of Sri Lanka elaborated on its new economic policy, and both sides had an in-depth discussion of finance, new blockchain technology, investment and trade.

It was noteworthy that during LongBit’s exchange of ideas with important officials of the Sri Lankan government like the Director of the Board of Investment and the Minister of National Policies and Economic Affairs, LongBit received rapt attention and enthusiastic approval after offering peerless insight into blockchain and the issuance of digital currency, which, according to Sri Lankan officials, were being studied by the CentralBank of Sri Lanka.

After the meeting, LongBit representative Qiu Zhang gave an interview about LongBit’s gains during this visit. He indicated that LongBit was invited to visit Sri Lanka mainly because LongBit Labs has rolled out such blockchain ecosystems as the LongBit Digital Asset Service Platform, the Blockchain Technology Company, blockchain industrial parks and universities, and has pooled enormous resources including blockchain technology, blockchain enterprises and blockchain talent, which are in short supply for Sri Lanka’s national development. He added that LongBit hopes to go into partnership with the Central Bank of Sri Lanka in the issuance of digital currency and local blockchain enterprises, and provide them with the support they need for development. Qiu Zhang also observed that this visit was rewarding, and that as part of LongBit’s global strategy, LongBit would play an essential role in the development of Sri Lanka’s blockchain and finance industries.

LongBit is one of the world’s largest aggregation coinbases. It has long been striving to develop into a total ecological platform for in-depth aggregation, asset safety and convenient trading. LongBit aligns itself with Huobi and Binance to ensure that users can purchase the cheapest BTCs on its platform. Regarding users, LongBit has an inborn advantage in currency circle traffic as the only coinbase with a carrier-level traffic in the industry that BlockCity cooperates with. LongBit plans to develop and roll out the public LBChain to perform cochain trading and liquidation of multi-assets in the field of asset digitalization. LongBit serves multiple blue-ribbon projects in the Americas, Europe and Asia, and LongBit Labs has incubated a myriad of prime projects. Examples include Lucy, where traditional homestay combines with blockchain, and www.huaban.com, where 35 million yuan has been invested in a project to introduce blockchain technology into the traditional Internet. Since it went online, LongBit has been working with artless sincerity to deliver competitive products and striving to lend support to the positive development of projects. Meanwhile, thanks to its conspicuous performance, five investors including Public Trust have jointly invested in LongBit. LongBit is therefore the best choice for any project. 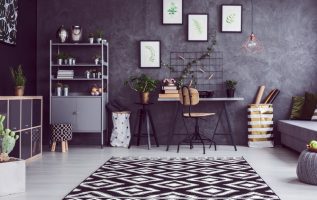 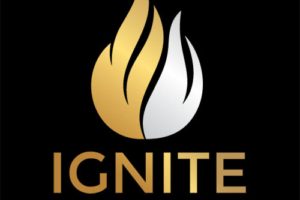