As a Venezuelan I have realized that when coming from another country, it is difficult to enter the world of audiovisual production and make a living from this. I have gone to several panels and conferences in universities and international students always ask me the same question: Is it possible to live from the art of cinema and television?

My answer is always a resounding YES, and although the road is complicated, with hard work everything is possible. The key to success is not deciphered by anyone, maybe what worked for me does not work for you, however in all there is a common point: no matter how many times you fall, you have to get up and move on.

According to BBC Mundo, Latinos living in the US, arriving in any year, remain the majority group of immigrants, as they amount to 50.4% of them. And 29.1% of those who arrived before 2000 had not graduated from school, according to figures that Brookings Institution sent to BBC Mundo.

That is why, In my line of  work I have learned many things, being a foreigner is much more complicated to enter the North American market, especially because the cultures are different. But what you can do?

Never say NO to a production, no matter how small is. Many times I have worked as a producer in a short film and I have not received any payment, however what I have learned in each production has been invaluable. In this industry many require experience, and this experience is achieved on the street, making a production, preparing a project, working with the camera, writing a script. It all adds up.

Find a team you trust. Surround yourself with people who know what they want and who know that at the time of the production they will be there to not only support you, but to solve the situations that arise on set. Nothing will ever be perfect, and even as a producer you have EVERYTHING planned, there will always be delays or unforeseen and your team is vital to be able to complete everything successfully.

The most important thing in a production is to have everything written. You have to make a production book where all the details related to the production are in there, like: cast, schedule of activities, budget, crew, camera, equipment, lights, maps of the place, nearest hospitals, film permits, food, among others. There are many details to be refined, for which I recommend doing a check list.

If you don’t know something, be honest and learn to say “I don’t know, but I’m going to investigate it.” It has happened to me that I have been in a production, I have asked to make a change of battery to the camera and the person instead of saying “I don’t know, let me ask”,  tried to do it on his own and we delayed the recording for an hour. In moments of tension within a production you need to add not subtract, and have all the points very clear. Everything is timed and every minute that passes costs money.

Do not give up. A few years ago my coworker and I were selected to cover the event and make a special TV Show for the Cannes Film Fest. As we were women and we looked very young, many television channels closed the doors. The sponsors were told that they would not trust money in such young people. However, we never left and kept knocking on doors. Two days before we still lacked half the money, and we got a channel that gave us its support but with very low resources. And so we went to France. It was an unforgettable experience and we returned with an incredible recorded material. One year later I won a Telly Award with this special program. I could have decided not gone, but I decided that it didn’t matter if the world was against it, I could show them how capable I was to lead a project regardless of whether it was a woman or my age.

Nothing in life is achieved by sitting at home, the opportunities are found working and knocking on doors. To all those students, who in my talks continue to ask me what the key is, I only say that everyone must choose their own key to success. We can advise you, but at the end of the day, the decision is only yours.

As Walt Disney said: “All our dreams can come true, if we have the courage to pursue them.” 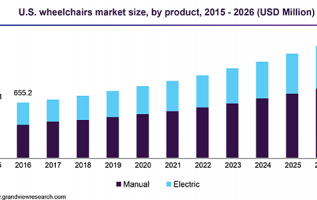 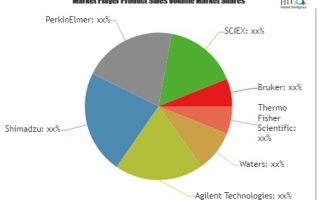