Author Roy J. Meidinger has uncovered some scandalous facts about the United States healthcare industry in his book ‘The Truth About the Healthcare Industry’.

Roy J. Meidinger’s book ‘The Truth About the Healthcare Industry’ is the outcome of many years of hard work and deep research. The book brings out some shocking truths about how the healthcare companies across the United States have been swindling their customers by indulging in grossly illegal and unfair practices in connivance with insurance providers.

Meidinger’s book outlines how the whole healthcare industry has been scamming the public for years by entering into nefarious deals with the hospitals and the insurance companies.

“My security advisor suddenly asked me what is going to happen in the Healthcare Industry?” says Roy J. Meidinger while explaining the core substance of his book. “I guess his concerns arose from listening to the various Democratic debates on the issue of universal coverage.”

According to Meidinger, the answer to this question is simple. The Democrats are not debating how they are going to pay for healthcare and that is why it is going nowhere. They have to think about it in a broader manner says the author.

For the manufacturing industry to stay competitive and profitable, they must first analyze the cost of manufacturing products and find ways of lowering them.

In the United States, healthcare costs are paid for by the employers and are included in the costs below the break-even point for manufacturing products and hence must be covered. These are upfront costs and include the taxes for Medicare and Medicaid.

The privately insured healthcare costs the United States twice as much as other countries and they provide universal healthcare for everyone. The difference is that every other country also has government healthcare programs that cover the majority of the populace.

In the past thirty years, the healthcare industry in the U.S has grown by 11.2 percent of its gross domestic product. However, a breakdown of GDP reveals that the manufacturing industry has shrunk by the exact same percentage.

Cutting the costs for healthcare will help in better management of the country’s manufacturing industry.

“The Democrats are missing this point. A universal healthcare system will have immediate cost reductions, the first is 29 percent of its costs go to collection efforts by providers, over forty-five million follow up claims to patients are issued each year, with many going to court. These claims have wiped out family wealth and caused over a million personal bankruptcies,” the author explains in his book.

According to the author, the move will also help eliminate 250,000 salesman jobs for insurance companies. The salary of doctors will have to come down, but they will not make much of an impact as they will no longer have to pay for malpractice insurance.

“My security advisor came up with the question all Democratic candidates are arguing about that such moves will make the taxes go up,” says the author. “I replied that the tax revenues will go up but not the taxes. If it is done right, $ 12,000 each employer pays for healthcare benefits will be paid to the employees, increasing their income and increasing their taxes.”

Roy J. Meidinger believes that this is not enough. He expects that the companies will most likely freeze employees’ salaries for four years while all the changes take place while our manufacturing industry comes back and the society gets rebalanced.

The book claims that 34 of the 35 countries belonging to the Organization of Economic and Developing Countries collect tax revenues from company profits and personal income taxes. These countries have moved healthcare costs from below the breakeven point of cost of manufacturing, thereby lowering their prices and collecting a percentage of the profits as taxes.

These countries have also moved all the taxes for their social programs like FICA taxes and moved them in the taxes collected from profits and income. These changes and moves can also be replicated by the United States easily, suggests the author in his book. Roy J. Meidinger is certain that everyone would vote for universal healthcare if they knew it would bring back our manufacturing industry.

He said “It is so clear and simple, but who is going to tell the candidates about it” and then he sighed. 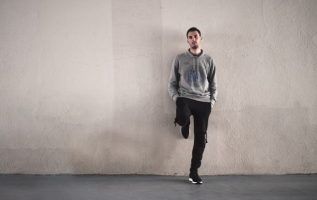