In order to combat the unabated and incessant hunting across Africa, One Cat Foundation raises awareness and seeks friends to prevent the endangered lions from going extinct.

24th February, 2020 – As wildlife continues to plummet globally with several species on the verge of extinction, calls to prevent that from happening keeps growing louder. The last male white rhino having died a couple of years ago in 2018, it is only a matter of time before the white rhinos go fully extinct, scientists have said. This apart from rampant poaching and affluent people paying their way to hunt animals in the wild has caught media and politicians’ attention.

Five months after an American dentist brutally killed Cecil the Lion in 2015, who was a major tourist attraction and subject of research and tracking by a team from the University of Oxford, the U.S. Fish and Wildlife Service added lions of India and Africa to the endangered species list. Regardless of this, big cats continue to be hunted and poached. Going by the current rate of decline, scientists say that lions could become extinct by 2050.

The unheard pleas of these animals brought three animal conservationists from three different countries on the same platform – Claudia Sidman from the US, Quintin Reynders from South Africa, and Alexey Tikhonov from Russia to form One Cat Foundation (NGO), South Africa. Since its inception, One Cat Foundation – South Africa has put tremendous efforts to create a harmonious environment between humans and lions.

The foundation has been very highly active, “purposeful and diligent in rescue and relocation of the lions. Through grants and research, education, relentless advocacy and community outreach programs, One Cat Foundation has sought to bring to unwavering attention the plight of our dying environment and, as a result, the wildlife.Assisting in protection, nurture and care of nature and wildlife is the collective responsibility of all humans, regardless of nationality. In many countries, loss of habitat is driving elephants and big cats towards the civilian population, thereby leading to either humans getting killed or the IUCN-designated threatened and endangered animals getting killed. If we don’t care now, we won’t see any of them in a few decades. We may not have created the planet, but it certainly is our responsibility to make sure we sustain it, for our own good,” said the Vice President, Jessica Klco.

As part of One Cat Foundation’s global initiative, Film & Music Producer/Board Member Raj Gupta has planned to complete filming on a series of documentaries chronicling the culture and climate of modern South Africa and its inhabitants. The first of these films is called “King of The Pride” scheduled for release in 2020. Raj Gupta states “King of The Pride will be unlike any other documentary! It will feature vocals from my grandmother academy award wing actress Ja’Net DuBois, music from my son rapper Kris Klassic, and a soundtrack featuring other Grammy Award-winning talent. The soundtrack album will be released by Entegrity Entertainment Group/Renegade Kingz label. I wanted to make a film that would capture the attention of all young people and educate them in a fun exciting way.

The Foundation commits that the coming generations will remember lions and other big cats for the magnificent beasts that they are, not were.

For more information or to get involved, please visit http://www.onecatfoundation.org/ 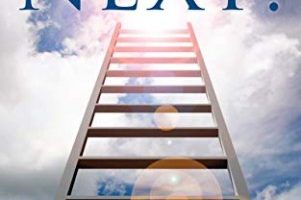