The terminal automation market for hardware is expected grow at a CAGR of 4.94% during the forecast period. The major factor driving the growth of the software & services in the terminal automation market is the increasing demand for automating solutions to improve the operational efficiency of terminals and make them more efficient. Considering this, it is expected that the market for software would grow at the highest CAGR during the forecast period.

Asia Pacific To Account For The Largest Market Size During The Forecast Period.

The growing demand for automation due to initiatives such as Make in India as well as the increase in the number of petrochemical projects are some of the key factors contributing to the growth of the terminal automation market in India.

Fuel, petrochemicals, and asphalt used at terminals play an important role in the petroleum supply chain. While many fuel terminals are in operation, relatively few are automated. Terminals that are automated often use equipment and systems that are not capable of handling an increasingly complex business and regulatory environment. Considering the high value and the hazardous nature of the products involved in terminal transactions, and the variety of functions performed, most of the world’s petroleum product terminals still operate with minimal automation. Although terminal automation systems help increase efficiencies, improve accuracy, reduce labor and operational costs, enhance safety, and ease regulatory compliance, companies have low capital expenditure (CAPEX) for terminal automation projects.

With the growing demand for natural gas, such as LNG, several new terminals have been established in Africa and Asia Pacific. Advanced innovative technologies are implemented on new terminals; automation solutions are used to enable support and monitoring at remote sites, cloud-based automation, mobility of control, intelligent event processing, and unmanned platforms. In the oil and gas industry, technological advancements include real-time safety alarms, automated data capture, tank farm automation, custom graphics and user interface, and product movement tracking. These developments are implemented in the oil and gas industry to make terminals more productive and error-free. Innovation and development in information technology have resulted in the advancement of terminal automation.

With the exploitation of new cost-effective operational concepts, use of digital technologies, and increased dependence on cyber structures, oil and gas and chemical industries are exposed to a new set of vulnerabilities and cyber security threats such as bid lease data, seismic markups, vulnerable software, and damage to intellectual property rights. The cyber-attacks in the oil and gas industry have been increasing rapidly due to the use of digital technology and software, making it more difficult for companies to detect and defend such attacks. Some cyber-attacks go undetected or unreported, as the organizations would not be familiar with the fact that someone has hacked into their systems. Cyber-attack mainly targets the office environment of an oil and gas company, working through the production network and process control and safety systems. 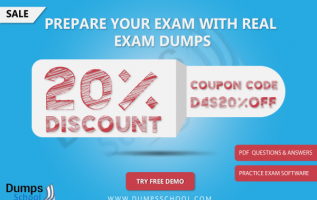