Gunvaldis Ezermanis is here to make a mark on the industry and has proved it so with the release of his latest single “Ohzyanna”, a quirky new song about how meeting a woman and spending a romantic night together ends up unexpectedly. The groovy Pop and Dance melodies and sly touches of humor in the song instantly captivate the listener as you indulge in the love story described and end up feeling amused, sad, surprised and joyful by the end of the song. The chorus of the song, “Let’s talk about love, Let’s talk about life, Let’s talk about everything that keeps you satisfied” is utterly catchy.

Although Gunvaldis has been writing songs since 2014, he made an official entry to the music industry with the release of his new song “Ohzyanna”. His holistic approach to songwriting results in unique notes and melodies throughout the song. Talking about the same Gunvaldis states, “The key is to slow down, as in overall just live life at a slower pace, and be as present as possible so that I can tune into whatever melody or lyrics shows up in my life and then work on it until a piece of music emerges.”

Gunvaldis is inspired by the “Playing for Change” movement which unites musicians from all over the globe to create and play popular songs, in a one of its kind event that showcases different styles, instruments and musical backgrounds of various nations.

Talking about his music style, Gunvaldis adds, “I want to share my own experience and pick-up important questions like relationships, partnerships, love, money, lifestyle, environment issues, etc. However, I would like to bring my message through fun, dance and laughter. Also sometimes I love to include in my songs some exotic instrumentation, extrasolar voices,  native music.”

Gunvaldis has loved music since his childhood and grown up listening to various styles and genres. After realizing his deep interest in music, he started to learn more about songwriting, structure and lyrics writing. He has relentlessly worked on improving his craft, before deciding to release his single internationally.

Gunvaldis is currently an independent artist but if the right label comes across, he is open to partnerships.

Listen to his latest single “Ohzyanna” on various digital platforms through this LINK. 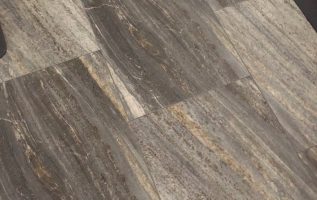