Jefery Levy is a globally renowned American indie filmmaker, and he has proudly announced the launch of another exciting independent film. The new film is titled ‘Ziggy Eisenstein’, and this indie film is about a marriage. Moreover, the filmmaker has recently launched a crowdfunding campaign on Kickstarter to raise funds and support for this film project, and he is welcoming generous contributions from the movie fans worldwide.

“Ziggy Eisenstein is an intimate, independent motion picture with two major stars, and this is a film about a marriage,” said Jefery Levy, the filmmaker behind this project, while introducing this project to the Kickstarter community. “I myself am investing the money I made from the two previous films I self-financed into this film,” he added. Jefery has written, directed and produced 6 indie films, and he is a renowned filmmaker from Beverly Hills, California.

All funds raised through this Kickstarter campaign will play a major role in the production of this indie film. The goal for this Kickstarter campaign is to raise a sum of US$ 750,000, which is slightly larger than the budget of his previous superhit films made by his company such as ‘The Key’ and ‘Me’. For a pledge of $10,000, the filmmaker is rewarding the backers with a credit as the ‘Executive Producer’ of the film along with the invitations to the film festivals and premieres. Furthermore, more details are available on the Kickstarter campaign page of the project.

Ziggy Eisenstein is an upcoming indie film by an American filmmaker Jefery Levy. The two previous indie films his company has made were ‘THE KEY’ and ‘ME’, and these films have been very successful. However, Ziggy Eisenstein is being made with a slightly larger budget and the filmmaker is welcoming generous support and backing for this project in his recently launched Kickstarter campaign. 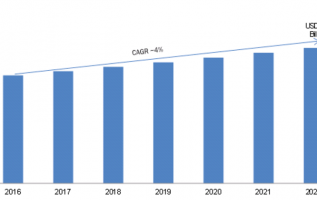