Katie Belle, an American singer and songwriter has released her latest studio effort, ‘Love Someone’ this past Friday. The new single from the Atlanta, GA based singer is now on Spotify and all digital music platforms.

“I am happy to announce that my latest single ‘Love Someone’ has been released,” says Katie Belle. My fans were ready for my first release of 2020! You can listen to my romantic track, on Spotify, Apple Music, Youtube Topic right now! We have already shot the music video and plan to release this in the next couple of weeks.”

‘Love Someone’ is about being in a relationship where everything starts off magical. As the first specks of doubt appear, a couple ponders whether they should continue or break up. In a real relationship where couples hit such obstacles; sometimes they do break up. When it becomes obvious that being apart doesn’t feel right, they end up back together! This is real life and that’s what ‘Love Someone’ expresses with tender vocals floating over the music compostion.

Katie music has been influenced by her hometown and the music she heard as she was growing up. She will tell you she is “a city girl with a country heart.” Music is always playing at her house. Her playlists include classic rock, country, jazz and adult contemporary music. Her growing popularity is often attributed by her fans to her raspy, sultry, clear, and energetic vocals.

Katie has developed strong songwriting skills over her seven years in the industry. She originally started off in Country music. As her artist development and songwriting evolved Katie’s newer music has taken on a contemporary pop sound. Her single ‘Out Tonight’, released May 2019 is an electro-pop anthem with a melody and mood of pure summer essence. It received some amazing reviews from her fans and music lovers. The song has remained rock steady in ratings with streams exceeding 680k.

Katie has other popular releases from 2018-19 which include American Wild, Promises, WAS, Down For You, and a handful of cover songs. All of these titles can be found on all digital streaming services.

Interacting with her steady fan-base on social pages (Instagram/Facebook/Twitter are her favorites) she posts funny and interesting aspects of her life including the things she does with her music! The multifaceted artist is also a model and has been featured on leading fashion runways and lifestyle magazines. She has landed some acting gigs as well. Last fall she traveled to LA to shoot a commercial for the wildly popular pizza chain, “Ameci’s”. Katie is an avid traveler and shares her travel adventures with her fans through her blogs. You also may remember Katie and her “Gold Ticket” audition for American Idol’s Hollywood week when Luke Bryan literally fall out of his chair onto the floor with her rendition of “Golden Slumbers”. She got her gold ticket!!!

Fans can listen to Katie Belle’s ‘Love Someone’ on Spotify, Apple Music, and other digital channels online. Music lovers who love her style can click on her official website http://www.officialkatiebelle.com for photos, merchandise and social links.

‘Love Someone’ released just a week ago has already attracted positive reviews; here are a couple of them:

“With the release of her new single titled “Love Someone”, Belle is back at it again with another hit track. Music fans of the genre are sure to love this song and is one that will surely be added to playlists for listeners to repeat the track over and over again. It is highly recommended for music lovers to give Katie Belle a listen with not only her new single, “Love Someone”, but also to give attention to her past work with other fantastic songs.” – Branden Leavell, Flyah Music Magazine.

“The latest track is titled “Love Someone,” and it stands out as one of Katie’s most earnest and appealing songs to date. This song has a very special attitude, combining genres as diverse as pop and R&B. The resulting sound is personal and direct, but also incredibly powerful and appealing, reaching out to a broader audience.” – ArtistRack 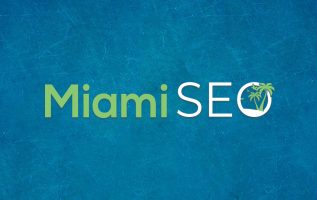 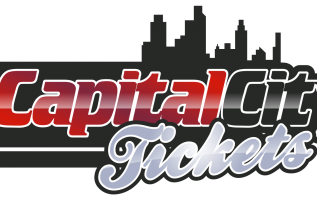