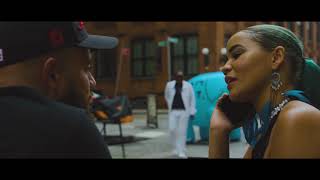 Music lovers and fans can’t stop listening to the song and watching the music video. The artist is working on his second song soon to be released.

On “Who Stole Your Heart”, the artist puts all of his wisdom, experience, and creativity into delivering a masterpiece that cajoles listeners into hitting the replay button. It’s a song with plenty of inspiration and a swift story of romance. It is also expertly laced with some hip hop to satisfy listeners who feel like busting a move.

“Who Stole Your Heart” can be streamed on all major music platforms and social media. It’s an incredible song with a positive message of love and romance.

Afrobeat music has been making headlines all over the world in recent times. Even though it has been around for decades, people are beginning to cherish it more on a global scale. With his new song, Rost Grassfieldland is now very much a part of the talented artists who are currently serving the world with fresh Afropop music.

Rost Grassfieldland’s real name Rostand-Spencer Tchinda. He is a Cameroonian-born musician based in New Jersey USA. He was raised in the grassfieldland region of Cameroon and moved to the USA where he attended New York University. Rost Grassfieldland’s songs cover all aspects of social life from romance to politics. The artist’s musical genre varies from Afropop, Raggae, blues, and hip pop. With every intent to make the current buzz around his name, he is currently working on a second song and it promises to be exceptional.

Rost has a deep understanding of what people around the world are facing right now. Through his music, he hopes to make lives better and teach valuable lessons. Rost is also looking to connect with radio stations, music platforms, and music promoters and distributors. He believes he has something powerful to share with the world to make it a better place.

He chose romance as a primary subject in his music because it’s an aspect of everyone’s life. His desire is that when people listen to his songs they can relate it with the situation in their lives. There is always an opportunity to overcome challenges and feel good. The world is a wonderful place to be.

Rost Grassfieldland has teased that his second single titled “Bad Girls” will be released any day now and encourages listeners and fans to keep an eye out. According to the artist, “Bad Girls” is going to be another fan favorite.