Co-authors Mark B. Frost and Andrew Bunny Announce the Release of the Sequel to “Arkalen” a Sci-fi Fantasy in the Series “Daemon’s Song” 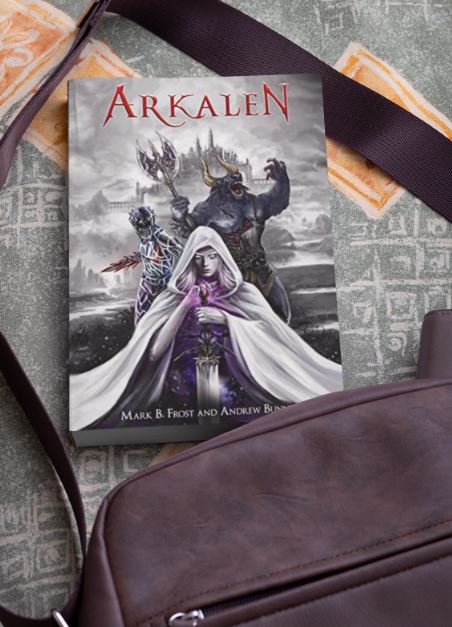 Nashville, TN, USA – January 4, 2021 – For author Mark B. Frost, writing became easy during high school when he and his friends ventured into writing science fiction and fantasy. Frost says, “I had the idea of writing a book on the characters we created. Of course, this came later in life.” Frost credits his co-author, Andrew Bunny, for creating several of the characters. As a self-published author, Frost realizes that there is a great number of fans for the genre and hopes his series, “Daemon’s Song,” catches on. Set to release on January 3, 2021, the second book in the series, “Arkalen” is available in eBook and hardback.

On the southern continent overrun by the wildest of demons, young human settlements struggle for survival. Great kingdoms arise in the east and west seeking to enforce order over chaotic lands, while legends of a cruel demon master known as The Overlord spread. From this crucible of chaos is forged a band of freedom fighters called the Devilslayers, standing tall against evils both human and demonic.

Returning to these untamed lands of Arkalen comes Abaddon Daemon, Champion of Felthespar, a mystic knight of divine heritage. He unites with Devilslayer mistress Detria Alsen in her crusade against the elusive Overlord, but soon receives more than he bargained for as Arkalen’s ancient past makes a return to its surface.

The divine war between the Godbeasts and the Wisdoms begins anew, with Arkalen set as their stage. These divinities are cruel and almighty alike, with no regard for human lives swept aside in the aftermath of their turmoil. Abaddon alone stands a chance as humanity’s defense against such creatures. But with the Unholy Blade Kargaroth drained of its divine glory, does even he have what it takes to stand against the wrath of gods?

Throughout all walks the pale priest Akatriel, is a servant to an unknown master. With a silver tongue he manipulates everyone, playing heroes and villains alike toward some mysterious endgame. Abaddon will be put to his greatest test, as he must unravel the plot of the conspirator while facing down the threats of gods and demons of legend. As his hunt for sport turns dire, his failure could doom an entire continent of innocent lives. The fate of Arkalen hangs in the balance.

PURCHASE THE BOOK ON AMAZON

For more information on the book please visit http://www.onionknight.com/.

How to Find a Good BBQ Restaurant in St. Louis

What Are the Types of Thoracic Outlet Syndrome?