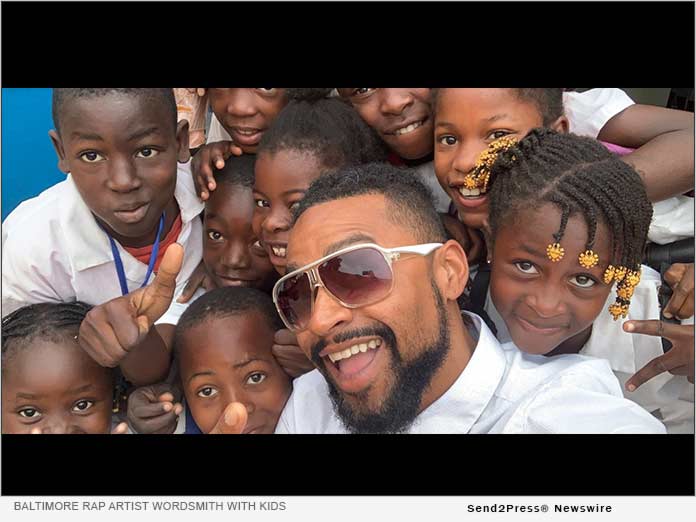 BALTIMORE, Md., Jan. 14, 2021 (PRESSRELEASE.CC NEWSWIRE) — Members of the Children’s Chorus of Maryland and a Baltimore rap artist have teamed up with the racial justice podcast Trouble4Good to urge the Maryland General Assembly to change the pro-Confederate Maryland state song.

“We call on the Maryland General Assembly to finally get rid of the pro-Confederate song ‘Maryland! My, Maryland’ which has never reflected the values of ‘The Free State,’” said rap artist and President of the Baltimore nonprofit “Rise with a Purpose” Anthony “Wordsmith” Parker. “On nine previous occasions the General Assembly has tried and failed to change the song. We feel the 10th time is going to be the charm.”

Wordsmith and members of the nonprofit Children’s Chorus of Maryland worked with the podcast “Trouble4Good” to create the video “Teach Our Kids a New Song,” which urges viewers to contact their Maryland representatives.

The Maryland General Assembly is convening January 13 through April 12, 2021. The controversial song refers to Abraham Lincoln as a “despot,” a “tyrant,” and a “vandal” and calls a pro-slavery, pro-Confederacy 1861 attack on Union soldiers in Baltimore “patriotic.”

“We can’t have a state song we are ashamed to teach our children. Let’s use this time as a teachable moment so we can come together and agree on a new song our children and all of us can be proud of,” Wordsmith added.

The song includes voices of children from the nonprofit Children’s Chorus of Maryland (CCM), whose program seeks to empower children and value diversity. In 1995, CCM was proclaimed by Governor Schaefer to be the official Children’s Chorus in Maryland.

“We understand that some people want to keep the song as part of Maryland’s history,” said David Searby, Co-Host of Trouble4Good. “But the truth is that for too long pro-Confederate symbols like the Maryland state song have rewritten our history to justify secession, violence and white supremacy. Now more than ever after the events of January 6 our country needs to unify around symbols and songs that uplift the spirit.”

Trouble4Good is a podcast on racial justice and other issues inspired by the life legacy of the late John Lewis. It launches in February during Black History Month. Learn more at: https://trouble4good.com/

AlphaStruxure, a joint venture of The Carlyle Group and Schneider Electric to deploy an integrated microgrid and electric bus charging infrastructure project for Montgomery County