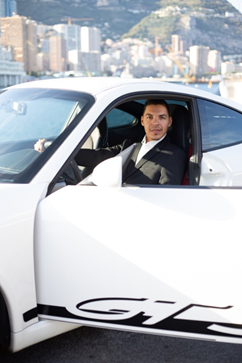 New York – 21st January, 2021 – Motors Formula Team “MFT” is the iconic one stop motorsport agency and racing team based in Monaco and Mauritius that offers a large array of sport-driven and automotive with a large success and expansion for the last past 5 years through their racing centric services including pilot management, coaching, training, motorsports consulting, communication, Simracing, advertising and event planning. MFT stands out in the motorsports industry by its commitment to diversity, which is in addition to benchmarking against industry standards, is at the very core of its strategy.

Motors Formula Team was founded in 2014 by Ludovic Pezé, a 29-year-old French-Mauritian (under 30) entrepreneur born and raised in Monaco.

Ludovic’s personal journey and gradual rise in the motorsport industry is a very compelling story that shows his tenacity and smarts, his drive, his fearlessness and willingness to go against the odds. Qualities shared by both by skilled racing pilots and thriving entrepreneurs.

He was born into a family where motorsport was the activity as his father worked for years as a mechanic in Karting, and historic competition and restauration in Rallye and F3 Classic. At a young age, he had the opportunity to visit the races, mingle with the drivers, run around the pits stops. This early exposure to car racing has incubated his passion for cars, racecar driving and motorsports.

In 2013, he had to drop out of university and stop everything when he caught meningitis and stayed bed ridden for a while.

He fought the disease and prevailed which resulted in forming two major interests in his life. The first one is his ongoing support for initiatives dedicated to eradicating or preventing meningitis and alleviating poverty among underprivileged youth in France and in Africa. The second interest that grew while still ill with meningitis was to build his own motorsport management company.

So, in 2014, now hale and healthy once again after a long period of physical rehabilitation, Ludovic made his dream come true and created Motors Formula Team in Monaco and with offices in his mother’s country Mauritius, a company dedicated to FIA-approved training, coaching, management and an extensive set of services for a sustainable and inclusive racing team.

“MFT Management team is a unique blend of highly talented experts including his co-founder Geraldine Secondis. Xavier Lachkar and Julien Gonnin business and simracing (esport) developer who are based in the African island, Mauritius, Fabrice Le Mouël, a motorsport expert with a track record of working with champions at Renault F1 team, graphic designer Arnaud Lapouze,” presented the official Monaco spokesman of the company. 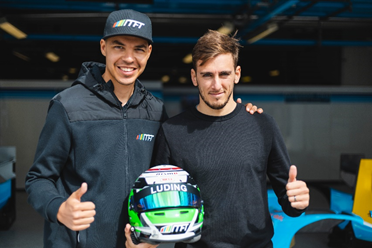 “In order to achieve its objectives, MFT relies on a set of values and unique principles that convey its strong belief in the universality of motorsport,” said Fabrice LeMouel; …”Although MFT is a commercial venture that abides by top industry standards of operations, its core objective is very steeped in social justice. MFT seeks to expend access to motorsport jobs and competition to a larger audience and ensure that previously untapped talents within diverse communities are given a chance to showcase their skills and abilities”.

Since its inception six years ago, MFT has established a visible presence and made a long lasting impression on all key international motorsports competitions and has already achieved a number of exceptional feats including a speed record in single-seater in France, became a drift and slalom champion in Mauritius, placed 16 out of 32 at the Monaco Historic Grand Prix in 2018, joined the Slalom Renault Formula 2.0 French Cup, ranked among the top 10 in LMP2 Category at Le Mans 24 Hours, and developed extensive collaboration for F2 and Formula E championships and circuits.

One of MFT’s initial goals were to also be the specialty agency that cater to exceptionally talented drivers and motorsports enthusiasts with limited opportunities, network, access or finances.

Expanding on that very specific focus, MFT now seek to further create avenues for niche drivers and the talents MFT has acquired over the years. One of the planned projects is the launch of a dedicated championship that aligns with top racing competitions standards but with a little twist. More on that soon.

The big project at the heart of MFT growth is the creation of a custom race car or supercar, built from scratch and modelled after a mix of various state-of-the-art concepts, clean energy and sustainability principles and MFT-specific requirements that will is designed in collaboration with his friend Yasid Design (more than 300k on Instagram featured in top gear magazine and also designing for the new Ep of the Need for Speed game).

Since his appointment as SIM Racing Manager within the Monaco Esports Federation, Ludovic Pezé, MFT Founder, has also made Esport concept and event management, key focus of his company’s medium term development goals.

MFT has been organizing since last summer a series of Simracing events broadcasted on YouTube and supported by leading sport sponsors including Monster Energy-Mauritius,Huawei Mauritius. Growing the portfolio of Simracing events across the globe with even more drivers and more fans is also part of MFT medium terms objectives.

321 Perform a driver performance training center that trains F1 / FE / WRC / WEC teams and drivers to help them reach their full potential. 321 Perform has the distinction of being part of the FIA official jury for driver detection. MFT works in tandem with 321 Perform to provide its drivers and talents with world-class coaching and training.

Yanibes Consulting is Sweden-based PR, Communications and Production company with whom we work on various activities including the creation of a TV show around MFT and the drivers from the African diaspora. The show is slated to start production by end of Q1 2021.

Squadra Corse is a South African based racing team that happens to be the one of first and few black owned racing team with a unique apprenticeship program for underprivileged youth interested in careers in the motorsport sector. This partnership entails talent identification, development through racing scholarship in karting onto racetrack and cars.

Defimoteurs is a top Mauritian specialty motorsport news outlet that has been a long time and loyal supporter of MFT since its set-up in Mauritius. They have been critical in growing MFT’s audience and fanbase especially through MFT SIMracing events and special test drives.

Intercontinental Trust Limited is a general business advisory firm who provides strategic guidelines and advice for MFT’s business endeavors in Mauritius, across continental Africa and worldwide.

Maniffatura Automobili Torino is MFT’s premium automotive partner that delivers outstanding vehicles for our racing competitions, whether it is from the ground up or at any other stage of development.

M.A.T. is another automotive partner for high quality components delivery. From concepts to design and engineering, prototyping and production, up to homologation and testing, MAT partner with the best suppliers to manufacture limited batches of high-quality components. With the expertise of the 30 engineers in their team, they push the boundaries of innovation in order to meet customers goals.

MFT preferred technology outlook is innovative and eco-efficient design with robust yet evolutive technology. In line with this vision, MFT, in collaboration with its trusted partners, is developing its custom race car concept that relies on a greater balance between results, emotions, comfort and high performance.

With the evolution of road regulation and technology, it is projected that cars could have different type of propulsion through the year from combustion/ hybrid to fully electric and maybe hydrogen.

Additionally, MFT is committed to integrating eco-efficient and environmentally safe standards which they already apply while competing including transporting racing cars by truck to racing locations and imposing fuel and tires usage limitations during races.

MFT is proud to have teamed up with Licorne Gulf leaded by Irina Duisimbekova, Alexandre Katrangi and Romain Canot, to help accelerate its fundraising prospects and financial goals and to give its ongoing projects a major boost. 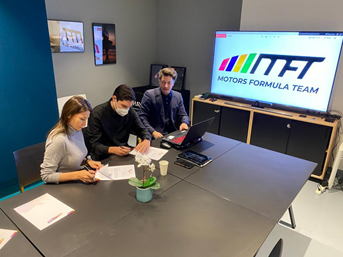 As both share a keen enthusiasm for talent, authenticity, hard work, high value investments, motorsport and Monaco, this partnership between MFT and Licorne Gulf is a meeting of the minds of sorts.

“Licorne Gulf’s expertise is invaluable, and this cooperation is bound to further MFT’s footing in the motorsport industry and sends a signal to top investors that MFT is a key and reliable player in the game,” commented Ludovic Peze. … “Licorne Gulf’s participation in our long-term planning and goal is a strategic step in our transformation into a racing powerhouse”.

We expect growth, more interest in the sport from all corners of the globe and from a technology point of view, we are happy to see further development in safety both inside the cars and on the tracks, more emphasis on sustainability and eco-efficiency and more importantly, we love cars that create emotions while performing to their fullest potential. We joined that journey not long ago but we are here to stay for the long run.

We are overwhelmed by the support that we have gained over the years from friends, parents, business partners, pilots, drivers and so forth. The motorsport industry is both a challenging but very rewarding environment where people are driven by passion, excellence and high performance. Cementing our place in this industry starts with keeping up with certain quality standards and continuing benchmarking against those who have been there since the inception of this industry.