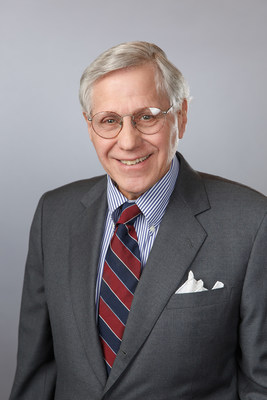 While Mr. Montague is formally stepping down from the Firm’s management committee, he will remain a guiding presence at Berger Montague, continuing in his role as Chair Emeritus and taking on a new Of Counsel position.

Mr. Montague has had a long, unique, and distinguished legal career. After graduating from the Dickinson School of Law and a stint in the army, he joined David Berger at Cohen, Shapiro, Berger & Cohen in 1964. In 1970, Mr. Berger formed David Berger, P.A., and Mr. Montague was one of four attorneys who joined the new firm. In 1977, David Berger P.A. became Berger & Montague, P.C. While David Berger is considered one of the founding fathers of the application of the class action device, Mr. Montague is assuredly one of its founding mentors. For over five decades, he has guided and shaped the class action procedure to maximum effectiveness.

“Laddie was a founder and leader of our law firm for many years,” said Merrill G. Davidoff, a longtime managing shareholder of the Firm, who served as Chairman in 2017. “Throughout the nearly 50 years that I have known and admired him, the overriding theme was that we would provide the highest quality of lawyers, and the most ethical lawyering, in the profession. We grew our Firm when it was still very much a profession, not just a business. Thanks to Laddie’s mentoring, that is still our philosophy.”

For his long and successful antitrust career, Mr. Montague has been repeatedly singled out by Chambers and Partners as one of the top antitrust attorneys in Pennsylvania. He is lauded for his longtime stewardship of the Firm’s antitrust department and referred to as “one of the most accomplished figures in the Pennsylvania antitrust arena.” Mr. Montague has also been recognized as a leader in his field in publications such as Lawdragon, Who’s Who Legal, The Legal 500, Law360, the Philadelphia Inquirer, and the Philadelphia Business Journal, among others. He has been repeatedly selected by Philadelphia Magazine as one of the top 100 lawyers in Pennsylvania and was one of only two inaugural inductees into the American Antitrust Institute’s Private Antitrust Enforcement Hall of Fame in 2018. He is a Fellow of the American College of Trial Lawyers. Mr. Montague was on the Board of the Dickinson School of Law and was its Chairman during and after its transition as part of Pennsylvania State University . In addition to other activities, he is on the Board of the Public Interest Law Center and a member of its Executive Committee.

“I have been blessed to have been mentored by a great lawyer, surrounded and aided by outstanding lawyers and staff, and had the privilege of being in cases with wonderful plaintiffs’ and defense lawyers from all over the country, making many friends along the way,” said Mr. Montague. “It’s been my honor to be part of the creation and growth of Berger Montague. I am not stepping out, just stepping aside so that the next generation can carry on our Firm’s great tradition.”

“Laddie is assuredly a giant in his field, albeit a humble one,” said Firm Chairman Eric L. Cramer. “He is a brilliant and innovative litigator, a mentor to hundreds of lawyers and other legal professionals, and a role-model leader of the Firm that bears his name. He has made an indelible and enduring mark on the profession and our Firm, and we are pleased he will continue to guide us in his new Of Counsel role for many years to come.”

Berger Montague is a national plaintiffs’ class action and complex litigation law firm headquartered in Philadelphia with offices in Minneapolis, San Diego, and Washington, D.C. Berger Montague litigates complex civil cases and class actions in federal and state courts throughout the United States. Since 1970, the Firm has pioneered the use of class actions in America and recovered well over $36 billion for its clients and the class members it has represented.