Evangelion Capital Invests in Raze Network, Capping off a 500x Oversubscribed Fundraising Round 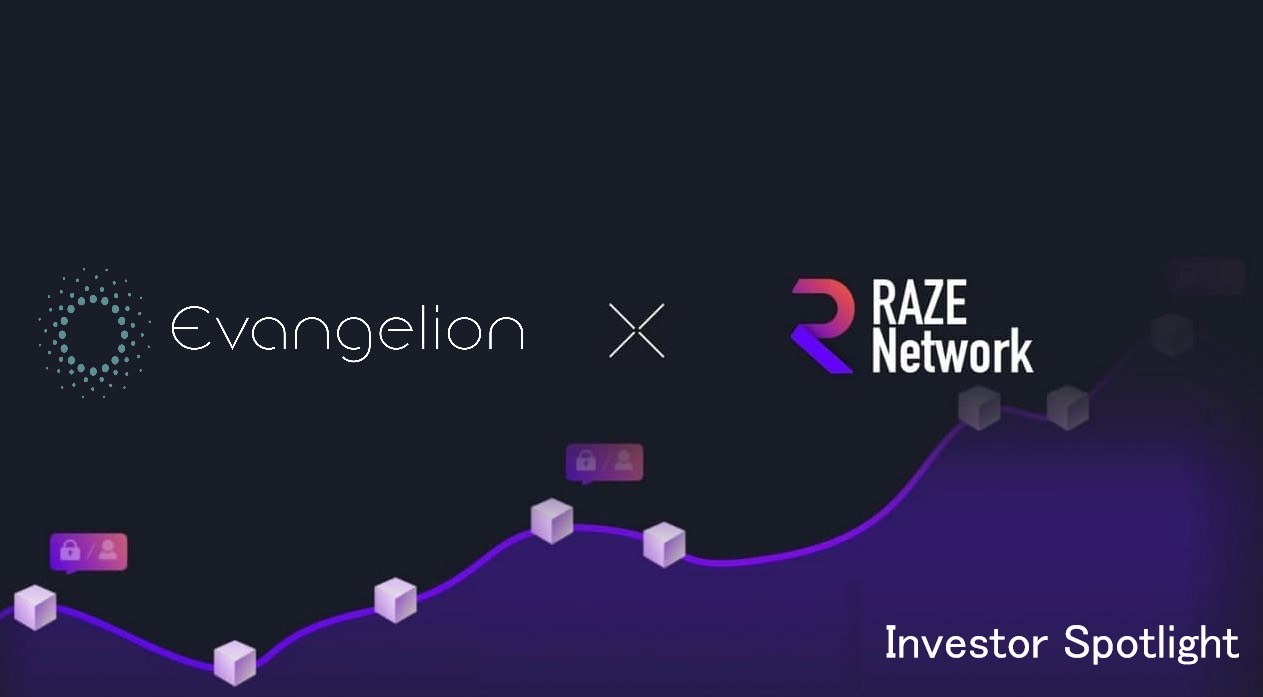 Raze Network is a substrate-based cross-chain privacy protocol for the Polkadot ecosystem. It will enable cross-chain privacy-preserving payment and trading systems while protecting the transparency of users’ assets and behaviors from surveillance.

The team at Evangelion Capital believes Raze Network to be one of the most promising projects in the blockchain industry and is pleased to have forged a long-term partnership with such an enterprising startup.

Backed By Who’s Who Of Blockchain Investors

Raze Network has been making noises from the get-go, with its technical facets being consistently quoted by blockchain experts as revolutionary for privacy protocol. Raze Network is building a cross-chain privacy middleware for DeFi and Web3.0, with the aim of reconstructing the privacy layer for the current crypto sphere and eventually spanning to the general internet users.

A catalyst for Blockchain innovation

The launch of Raze Network is sure to shift the current paradigm in DeFi, and perfectly synchronizes with Evangelion Capital’s goal to act as a catalyst for widespread blockchain adoption and innovation. Here’s what Lars B Jacobs on, Cofounder, and head of investments at Evangelion Capital had to say:

“We were enthralled by Raze Network’s vision from the moment we read the project’s whitepaper. Our team at Evangelion Capital has been in the blockchain industry from the early days of Bitcoin and has seen the sector evolve at an unimaginable pace. However, very rarely do we come across projects such as Raze Network with a clear vision and solid use-case. Raze Network achieves several technological milestones in decentralized privacy protocol space and is built on Substrate for the Polkadot ecosystem. We believe the cutting-edge zkSNARKs that will power the decentralized anonymous module will transform the privacy middleware for DeFi and Web 3.0. Evangelion Capital is delighted to have partnered with Raze Network, and believe this is just the start of a very exciting journey as pioneers in blockchain”

This investment is a massive show of faith by the firm in Raze Network’s inherent potential. Evangelion Capital is renowned for its foresight, tracing its origins to a bunch of friends arguing about hash rates on Bitcointalk forums when bitcoin was in three digits and only traded on shady exchanges. Since then Evangelion has organically grown into a respected investor with an in-depth knowledge of blockchain and the various marketing facets of the industry.

Evangelion Capital is a crypto-focused investment firm, functioning as both an incubator and a backer for the most promising ventures in the blockchain industry. From humble origins as traders on shady exchanges back when Bitcoin was in three digits, Evangelion has organically grown into a respected investor with an in-depth knowledge of blockchain and the various marketing facets of the industry. Evangelion Capital’s goal is to act as a catalyst for widespread blockchain adoption and innovation.

Raze Network is a Substrate-based cross-chain privacy protocol for the Polkadot ecosystem. It is built as a native privacy layer that can provide end-to-end anonymity for the entire DeFi stack. The objective of Raze Network is to enable cross-chain privacy-preserving payment and trading systems while protecting the transparency of your assets and behaviors from surveillance.