The US-Asian Association of Bodybuilding and Fitness (UAABF) aims to encourage individuals to maintain a healthy lifestyle. UAABF plans to host various international fitness events, competitions, and theme activities to raise awareness of the importance of exercise. UAABF hopes to collaborate with fitness enthusiasts to develop a large-scale health industry chain all around the world.

Wenyan Zheng, graduated from UC Riverside with a business management major, later he received his master’s degree in finance. He is currently the CFO at Easyfit Company. Moreover, Zheng is also a Chinese bodybuilding association private trainer and sports nutritionist.

Liqian Zhou, graduated from Ashland University with a double master’s degree in supply chain management and human resource management. Currently, Zhou is the Vice Chairman of US-Asian Association of Bodybuilding and Fitness (UAABF).

Chun Xu, graduated from Northwest University in China, majoring in philosophy and law. Xu then received his MBA degree with an interest in human resource management. Currently, Xu is the CEO at Easyfit company. At the same time, Xu is the Secretary General of the US-Asian Association of Bodybuilding and Fitness (UAABF)

“In the future, the association will start to plan a large international fitness and bodybuilding competition. Our most recent plan is to host a competition event this August, which is only a few months away. I really want to see more fitness enthusiasts all around the world to join us. It’s a great opportunity for all of us to meet new people that share the same interest. Not just for fitness enthusiasts, we are open for all individuals that want to maintain a healthy body.” said Chun Xu, the CEO of Easyfit company and the Secretary General of UAABF. 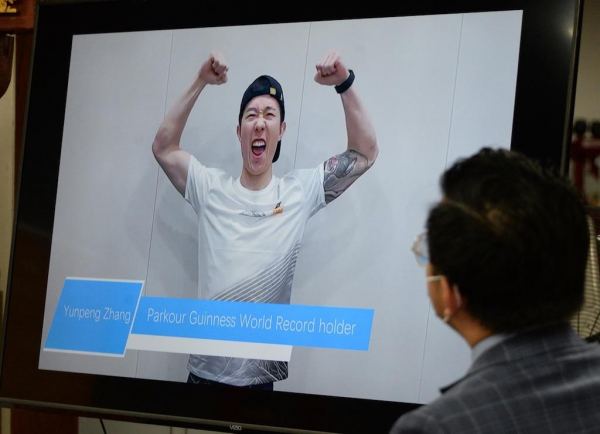 Guests who attended the ceremony:

Wood Plastic Composite Market To Touch $12.5 Billion By 2025 Due To Rising Focus on Development of Sustainable Construction Materials And High Demand From Building Sector | Million Insights