Based on a true story, this film takes the viewers on a perilous journey through the eyes of three refugees

Based on a true story, this film takes the viewers on a perilous journey through the eyes of three refugees.

I AM YOU (2019) – An independent feature film based on the true story of three Afghan refugees, their will to survive, and the dramatic conditions they endure on their journeys to unknown.

Directed and Produced by Sonia Nassery Cole, we follow Massoud, a young man, who embarks on a perilous journey from Afghanistan through Iran, Turkey, Greece and Germany, along with a 25 year old pregnant doctor and an old wise man.

After witnessing the loss of his father at the hands of the Taliban and ISIS, Massoud vows to honor his late father’s wish and embarks on a tortuous journey alone in order to deliver his mother and sister to safety far from certainty of death by the hands of extremists.

I AM YOU is an evocative depiction of the resilience of refugees and those forced to flee their countries and escape violence, hardships, and war.

ABOUT THE FILM MARKERS: 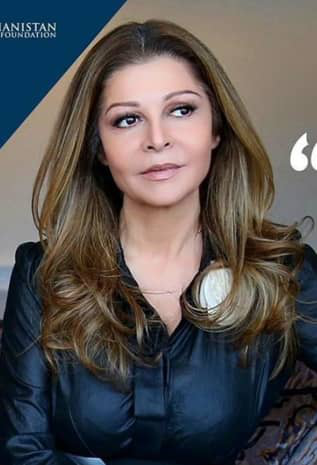 Sonia returned to the director’s chair to shoot “I AM YOU” after her previous feature film “Black Tulip” garnered numerous international accolades as well as dramatic headlines when militants located her leading actress and severed her feet for being involved in an anti-Taliban narrative. (But Ms. Cole, an Afghan refugee herself, returned to her homeland despite the life-threatening risks involved in filming in her war-torn country.)

Sonia is also a published Author, Humanitarian and Activist who founded Afghanistan World Foundation in 2002 after testifying in front of Congress with the support of President Ronald Regan. The AWF board of directors consists of honorary members such as Dr. Henry Kissinger and Senator Diane Feinstein and over twenty A-list celebrities.

She is the recipient of several awards, amongst the many are “Freedom to Write” Award from PEN Center USA, ”Congressional Recognition” award, and the “UN Women Together Award”.

Sonia has been featured in The New York Times, Marie Claire, NBC, and ABC News. “Her life reads like a film plot: a diplomat’s daughter turned war refugee turned filmmaker sets out to save her country and give a voice to the refugees,” noted Marie Claire magazine in a 2020 interview.

UNICEF Ambassador, refugee, and international model, Halima Aden, is one of the film’s executive producers. Aden was drawn to the story as she was born in the Kakuma UNHCR refugee camp in Kenya before being resettled in America as a child. “The film is an opportunity to show that refugees are humans,” said Aden.