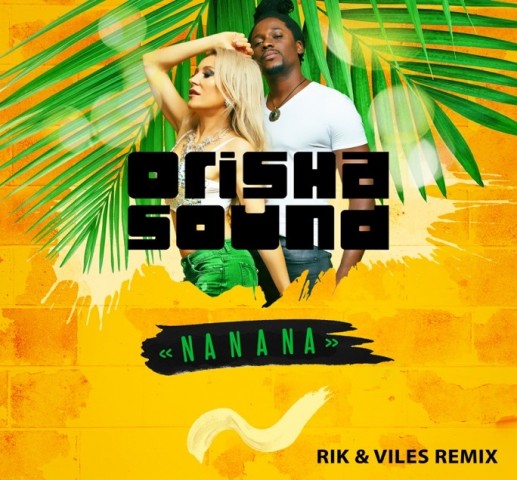 May 10, 2021 – Award Winning, International Reggae Duo, Orisha Pelzer and Sheldon ‘Shel-K’ Williams, of Orisha Sound are gearing up to release  a remix of their popular single, Na Na Na.

Touted as a stadium chant and dance, Na Na Na (Rik and Viles) remix is a fusion of traditional Russian folk melody with a dancehall attitude and modern arrangement and beats. The song features dynamic lyrical content, laced with high energy mix that is ideal for clubbing, radio, or just a sweet soundtrack for a car ride, work out or dancing.

Orisha and Shel-K penned the lyrics to Na Na Na during the middle of their nine-city tour right at the beginning of the pandemic in Russia. The original premiered on YouTube back in August 2020-  much to the delight of their fans.

The remix of Na Na Na was birthed from an International DJ competition which the duo organized in 2020. “A lot of DJs were out of work at that time, so we decided to collaborate and give them an opportunity to engage their skills,” said Orisha. A total of 257 submissions were received from all over the world. The remix single was produced from one of the top 5 entries.

When asked about the motivation for remixing the single, Shel-K explained: “Many people are feeling lonely and estranged during this time. We wanted to take people on a positive ride with this remix – to feel the energy and unity of the world.” Orisha Sound combines elements of reggae, world and dancehall genres into their music with a touch of dance – to inspire their listeners and create positive anthems for the world to hear. The duo emerged on the scene in 2017 in the run up to the 2018 FIFA World Cup. They performed at World Cup international venues. Since then, they have amassed a huge and active following of fans from all over the world.

But that’s not all. Over the last four years Orisha Sound has captured the attention of the BBC, Hot 97, London Live and a myriad of other top media in the UK, Russia, USA, Jamaica and Africa.  Their most recent tour, where they performed on the main street of nine cities, was covered by  Russia’s number one channel – Channel 1 Russia.

Despite the threat of the pandemic, there is no slowing down for Orisha Sound. The duo is billed to headline the Color and Sound Festival in the spring season this year, where they will be performing  the remix  of Na Na Na, as well as their other hit singles such as Fire and Ice.

WIMI Holographic AR Cloud Ecosystem Is Gaining Momentum, and the VR/AR Market Is Heating Up