“Bring the Starting Point of the Silk Road to the World” 2021 Economic, Trade and Cultural Tour of Xi’an for Diplomatic Envoys to China – Lantian and Qujiang Cultural Tourism PR 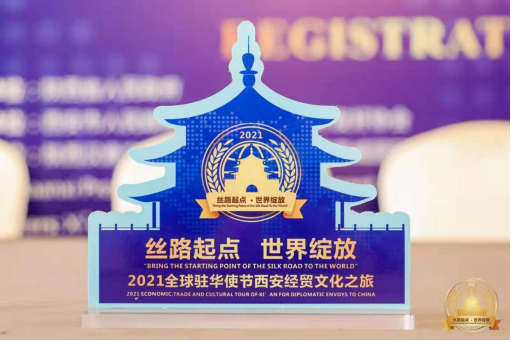 On May 15th, more than 100 diplomatic envoys to China who participated in the event “Bring the Starting Point of the Silk Road to the World” 2021 Economic, Trade and Cultural Tour of Xi’an for Diplomatic Envoys to China, visited Bailuyuan Studios in Lantian County and Tang Paradise in Qujiang District in the rain. They had an in-depth experience of the traditional customs of Guanzhong area in Shaanxi and the life styles of ancient Guanzhong villages a hundred years ago. Guests felt the unique charm of Guanzhong culture by tasting the special Guanzhong cuisine, participating in immersive live performances, and watching large-scale historical dance dramas. The diplomatic envoys were accompanied through the whole tour by Mr. Cao Hui, Vice President of Shaanxi Provincial People’s Association for Friendship with Foreign Countries, Mr. Huang Peng, Director of Organizing Committee of the grand event, Mr. Li Chengping, President of Shaanxi Han and Tang Cultural and Creative Research Institute, and Mr. Guo Xiaoqiang, Party Branch Secretary and Executive Director of Shaanxi Bailuyuan Tourism and Culture Development Co., Mr. Tian Guanghui, General Manager of Shaanxi Bailuyuan Tourism and Culture Development Co. and leaders of relevant departments and bureaus. 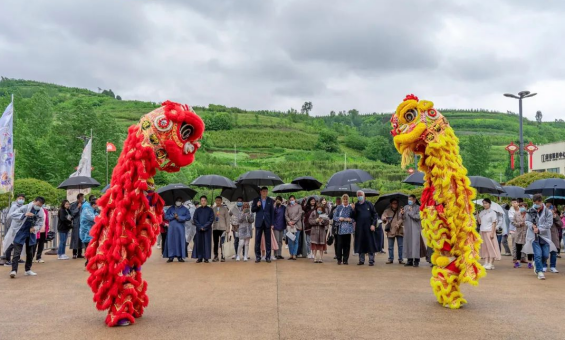 Walking into the Bailu (White Deer) Village, envoys were deeply attracted by the ancient Guanzhong residential buildings and rich Guanzhong history and culture. They stopped in front of the stage to listen to ancient rock music “Huayin Opera”, sensed the traditional religious rituals and township culture in the ancestral hall, and experienced the life style of Guanzhong people at shooting site of TV drama Bailuyuan (White Deer Plain). On the streets of White Deer Village, the appetizing smell and the dazzling variety of special Guanzhong snacks attracted diplomatic envoys to stop and taste. 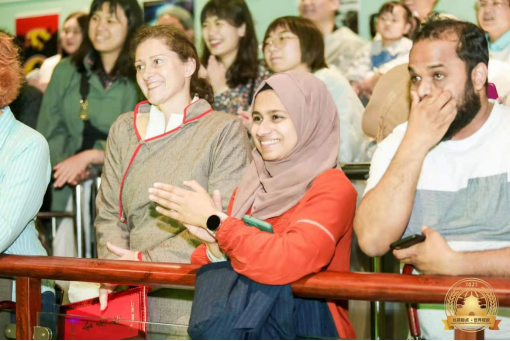 Afterwards, the delegation of diplomatic envoys visited the Technical Museum of Special Effects in Film. Some envoys also joined in the shooting of the 3D special effects short play of “Three battles with the White Bone Demon”. The high-tech stage scene and the interactive way of experiencing performances won great applause from the envoys. At 8 p.m., delegation of diplomatic envoys came to the Tang Paradise in Qujiang District, where they took sightseeing buses to explore night scene of the park in the rain. Then, they watched the golden version of the large-scale fantastic poetic, musical and dance drama “A Dream of Tang Dynasty” at the Fengming Jiutian Theater near the South Gate of the park, which was directed by Director Chen Weiya. Through the visit to Bailuyuan Studios and Tang Paradise, diplomatic envoys deeply felt the profound historical and cultural accumulation of Guanzhong area as well as the ancient city, Chang’an. From all aspects of seeing, hearing, touching and tasting, they had a comprehensive in-depth inspection and sightseeing experience of culture in film and television, performing arts, food and entertainment. 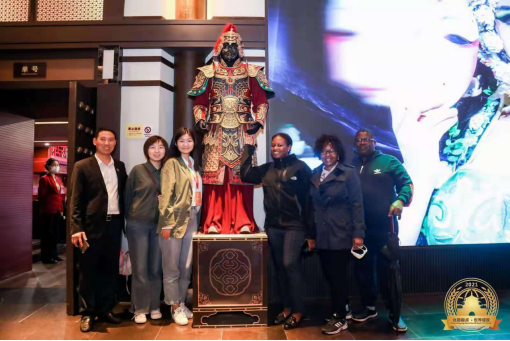 The Economic Counselor from Laos said excitedly, “The prosperous period of Tang Dynasty was awesome, during which the country was thriving and powerful, the people were full of happiness, the culture was blooming, and numerous renowned poets and poems were nurtured. By visiting the Tang Paradise and watching the drama ‘A Dream of Tang Dynasty’, we feel the great charm of Tang Dynasty deeply!” The Egyptian Cultural Counselor to China said “My husband and two daughters accompany me to this Economic, Trade and Cultural Tour of Xi’an for Diplomatic Envoys to China. They all agreed that the visit was very rewarding. Xi’an is indeed an amazing city. You can find the roots of Chinese culture here. It’s beautiful and fun. We will recommend Xi’an to our relatives, friends and colleagues when we go back….”

This cultural tourism project inspection and visit was the last day of the “Bring the Starting Point of the Silk Road to the World” 2021 Economic, Trade and Cultural Tour of Xi’an for Diplomatic Envoys to China. It further deepened the cultural exchanges between China and foreign countries and enhanced the friendship between the Chinese and foreign people. At the same time, it also showcased the profound historical and rich cultural backgrounds of Bailuyuan Studios and Tang Paradise, and increased the popularity and influence of Bailuyuan Studios. In this way, Shaanxi cultural tourism industry was infused with strong power and will realize a high-quality and leapfrog development. (Chinese news By Liu Shengping/ Wang Qian, Translator: Zhang Yumeng/Cao Juan)