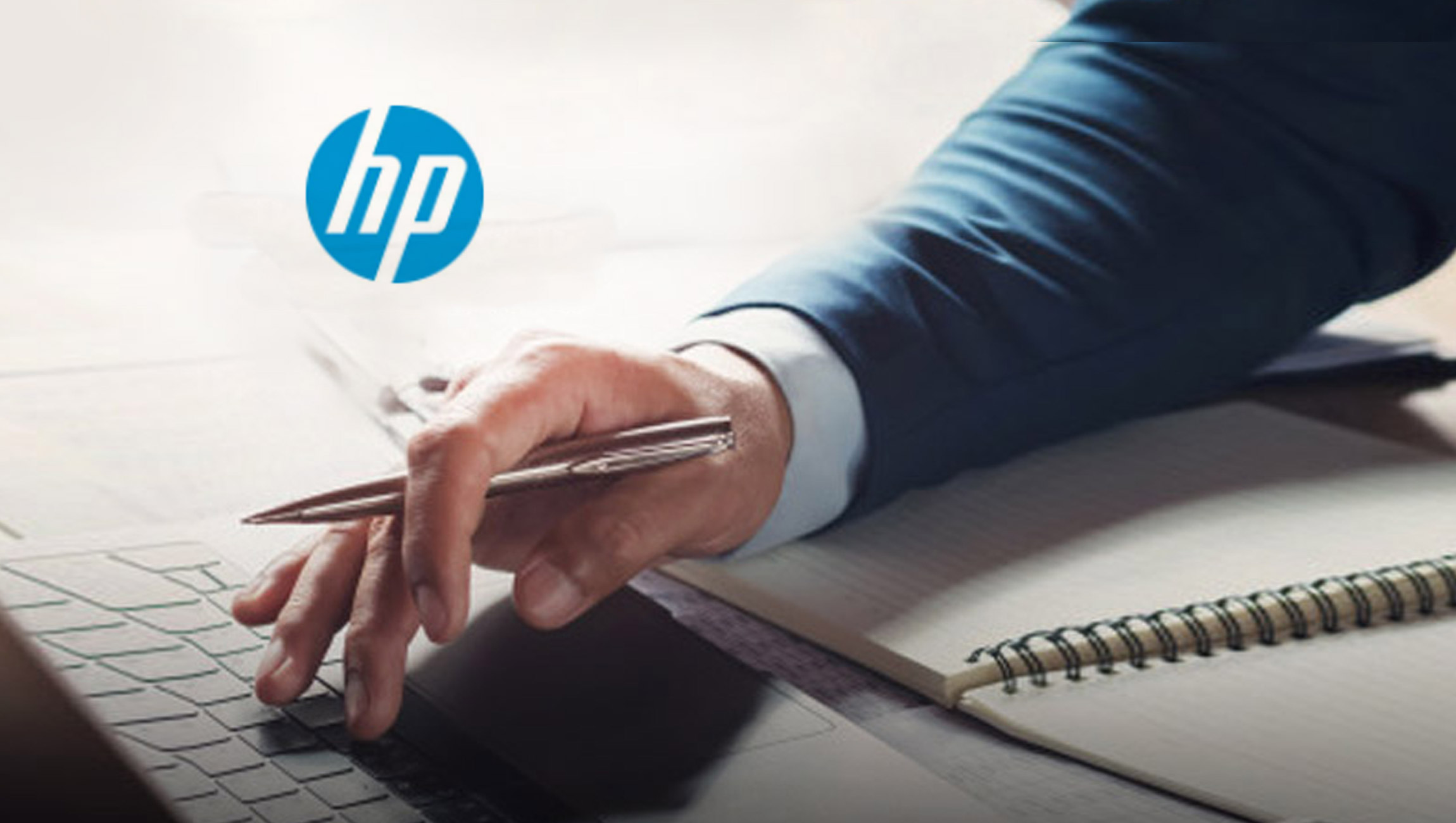 HP Inc. (NYSE: HPQ) today announced a series of ambitious goals to drive a more diverse, equitable and inclusive technology industry, including a pledge to achieve gender parity in leadership by 2030.

Today’s announcement is part of HP’s Sustainable Impact strategy to create a positive, lasting impact on the planet, our people and communities where we live, work and do business. This follows HP’s recent announcement of some of the industry’s most aggressive and comprehensive climate action goals.

“Our 2030 goals are designed to make HP the world’s most sustainable and just technology company. The actions we’re taking to address some of society’s greatest challenges will strengthen our communities while spurring innovation and growth across our business,” said Enrique Lores, president and CEO at HP Inc.

“Creating a culture of diversity, equity and inclusion has long been integral to HP’s success, but our work is far from done,” Lores continued. “We will continue pushing to break down barriers within our own organization while using our platforms to advance gender and racial equality, social justice and human rights across our ecosystem.”

HP’s new commitments will contribute to the United Nations (U.N.) Sustainable Development Goals and are consistent with the U.N. Guiding Principles on Business and Human Rights.

Since its founding, HP has embraced the power of diversity to fuel innovation and has recognized progress starts from the top. That’s why HP intentionally created one of the most diverse board of directors in the technology industry. It also remains one of the top technology companies with women in executive positions. More than 30 percent of HP’s leaders are women, nearly doubling the industry’s benchmark of 16 percent of women in senior positions.

Given that COVID-19 has disproportionately impacted many women, with one in four considering to leave the workplace or downshifting their careers according to a recent Lean In and McKinsey study, HP is making a concerted effort to support women’s career advancement. The company aims to achieve 50/50 gender equality in HP leadership by 2030. HP also commits to achieving greater than 30 percent technical women and women in engineering roles by 2030.

In addition to championing gender equality, HP has a rich history in advancing racial equality and social justice. As a founding member of the Historically Black Colleges and Universities (HBCU) Business Deans Roundtable, HP has a long-lasting relationship with HBCUs and hosts an annual business challenge to help Black students kickstart a career in technology. HP’s Supplier Diversity Program in the U.S. had an overall economic impact of approximately US$1 billion last year.

Earlier this year, HP publicly launched its Racial Equality and Social Justice Task Force with a comprehensive set of goals that will accelerate the strategies, practices and policies around pipeline, retention and promotion for Black and African American talent; leverage its industry spending power to influence its ecosystem, including HP’s partners, vendors and suppliers; and advocate for Black and African Americans through public policy, civic action and clear corporate positions on local and national issues. HP is also a founding member of OneTen, a coalition of businesses who are coming together to upskill, hire and advance one million Black individuals in America over the next 10 years into family-sustaining jobs.

As part of today’s announcement, HP aims to have its racial/ethnic representation meet or exceed market availability in the U.S. by 2030.

“The COVID-19 pandemic, combined with the murder of George Floyd and so many others whose lives were needlessly cut short, sparked a long-overdue reckoning with the systemic inequities that afflict our communities,” said Lesley Slaton Brown, chief diversity officer at HP Inc. “We’re committed to turning the tragedies and challenges of the past year into a force for meaningful change. We will not turn a blind eye to the forces of racism, discrimination and inequity that hold so many back from reaching their potential, and we will not rest until everyone, everywhere has access to the opportunities they deserve.”

Upholding a Powerful Culture of Inclusion and Belonging

HP has a strong foundation in place to build a workplace where all employees can belong, innovate and grow. It has more than 125 employee resource groups across 32 countries, Belong @ HP trainings, leadership development programs for underrepresented groups and other resources that have consistently helped the company achieve a high inclusion index rating internally.

Despite the challenges caused by the pandemic, HP found innovative ways to help employees stay connected virtually and maintain their health and wellbeing that have contributed to an increase in employee engagement and resulted in positive perception of HP as a great place to work.3 In 2020 alone, HP received more than 150 recognitions related to being a best place to work and advancing diversity, equity, inclusion and sustainability.

Moving forward, HP commits to maintaining a higher than 90 percent rating on its internal inclusion index for all employee demographics annually. It also seeks to be universally ranked as employer of choice for underrepresented groups in the technology industry by 2030.

Doubling Down on Worker Empowerment

HP understands how we do things is just as important as what we do. Respecting human rights is a priority for the business, and HP has an unwavering commitment to find ways to support its supply chain workers. To drive transparency, HP published its inaugural Human Rights Progress Report last year.

Scaling current efforts, HP will create a visible and resilient supply chain with the goal to assure respect for labor-related human rights for 100 percent of its key contracted manufacturing suppliers and higher risk next tier suppliers by 2030.4 HP also aims to reach one million workers by 2030 through worker empowerment programs.

Workers in the industry’s supply chain can often be vulnerable and face challenges they are not equipped to address. HP’s programs will go above and beyond the typical risk management approach to seek positive changes through training and personal development. Feedback opportunities will also be expanded to enable employers to hear workers’ views and respond to their input. Finally, HP’s programs will ensure participants have a solid understanding of their rights in the workplace, and through their participation HP will strive to help them develop the ability to positively influence working conditions such as those that lead to harassment and discrimination.