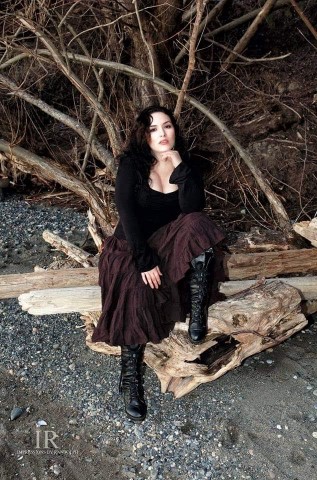 Michelle Nessk, a multiple award winning filmmaker known in the indie horror underground scene for their films O. Unilateralis, 333: Illuminaughty (with Debra Lamb, Hex Harris, & Tonjia Atomic) & Horrors of the PNW (Barbara Magnolfi) will be touring festivals and conventions this year to present special screenings of their works.

Nessk has garnered many awards as an actress for starring as Carmen in Robert L. Butler Jr’s We Need to Talk, and playing horror host Zee Monsta in the horror icon packed anthology film series Horrors of the PNW, that premiers annually at Crypticon Seattle.

When Nessk isn’t filming they are performing music with their band ANU, focusing on their philanthropy work with various charities, among them Louder than Wolves in Sacramento, California, and working in the table top gaming field with brands like Animus. Nessk is a patron of the PNW indie art scene, often working with celebrated indie film festivals like Bleedingham in Bellingham, Washington.

Michelle, being a Puerto Rican and Mexican non-binary person has achieved a world first with their film O. Unilateralis (2016), being the first Latinx non-binary femme to have created a full feature found footage film. Nessk has been hinting at a sequel to their smash underground found footage hit, but in the meantime be expecting a release of the full feature version of 333: Illuminaughty, a wild ride of urban legend, toxic youth, and familial bonds.