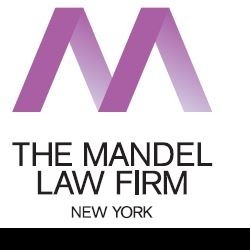 The deadline for victims of sexual assault to file claims under the Child Victims Act is now August 14, 2021. With this deadline fast approaching, the time to act is now.

New York, New York – The deadline for victims of sexual assault to file claims under the Child Victims Act is now August 14, 2021. This new deadline is fast approaching and will not change. Unfortunately, child sex abuse victims will miss out on their chance for compensation if they don’t pick up the phone and call an attorney by the deadline.

If you were a victim of child sex abuse, don’t delay. Contact The Mandel Law Firm as soon as possible to discuss your rights and legal options. We are ready to help you file your claim before the statute of limitations expires on August 14.

Enacted in August 2019, the Child Victims Act gives adult survivors of child sex abuse the ability to file a civil claim. People have been coming forward and showing how their lives were shattered due to child sexual abuse. Before this legislation, adult survivors were barred from filing a claim by New York’s statute of limitations, which put strict time limits on bringing legal action for sexual abuse. Rolling back the statute of limitations for the adult survivors of child sex abuse was a radical measure, but it is about to end. Allow The Mandel Law Firm to help you take advantage of this Act before the August 14 deadline.

The law only applies to claims where the person was a minor (under the age of 18) when the sexual abuse occurred. The legislation allows the victims to file civil lawsuits for monetary compensation before they reach age 55. The legislation also allows victims of abuse to seek criminal prosecution against an abuser until age 28. Previously, the limit was age 23.

In the nearly two years since the law’s enactment, well over a thousand cases have been filed in New York. The legislation was the result of years of hard work by sexual assault survivors and their advocates. The law provides an avenue of recourse for victims of abuse in a wide array of organizations.

Many of the cases that have been filed are against Catholic dioceses, schools, sports organizations, foster care services, the Boy Scouts of America, and other organizations and groups where abusers hold positions of authority. Other states, including New Jersey, Vermont, and California, have passed similar legislation extending the statute of limitations for minor victims of sexual assault. Some states are eliminating the age limit altogether.

The Child Victims Act allows for:

“The Child Victims Act brought a long-needed pathway to justice for people who were abused, and helps right wrongs that went unacknowledged and unpunished for far too long,” Gov. Cuomo said in a press release. “We cannot let this pandemic limit the ability for survivors to have their day in court. As New York continues to reopen and recover from a public health crisis, extending the lookback window is the right thing to do and will help ensure that abusers and those who enabled them are held accountable.”

“Survivors of childhood sex abuse can breathe a sigh of relief now that the look-back window of the Child Victims Act has been extended for one more year,” New York State Assembly member Linda Rosenthal, who sponsored the legislation and the extension, said.

Attorney Steven J. Mandel has been helping clients with sensitive matters in New York for over 40 years. He was selected as a “Top 100 Lawyer in the United States” and a “Super Lawyer.” Steve received Martindale-Hubbell’s prestigious “AV Preeminent Rating,” which is the highest rating possible for an attorney. He also received AVVO’s “10.0” rating for his legal experience, client satisfaction, and peer recognition.

The legal team of The Mandel Law Firm is composed of skilled, experienced, compassionate and aggressive trial lawyers who fight tirelessly for the rights of clients. Our attorneys understand that some sexual abuse cases require a negotiated resolution while others must be fought in court. Our trial lawyers have extensive experience in courtrooms in New York and have a track record of obtaining successful results for our clients. Our objective is to be the best attorney for your sexual abuse case and do everything we can to see that you get the justice and compensation you deserve.

If you were the victim of sexual assault or sexual abuse, our skilled and compassionate New York attorneys are ready to help you get justice. Our offices are located in midtown Manhattan, near Grand Central Station. We are easily accessible from the Bronx, Brooklyn, Queens and Staten Island, as well as Nassau and Westchester counties.

Don’t wait until it is too late to get the answers, justice, and compensation you deserve. Contact our attorneys right away to discuss your rights and legal options, and let us help you file your claim before the deadline runs out.