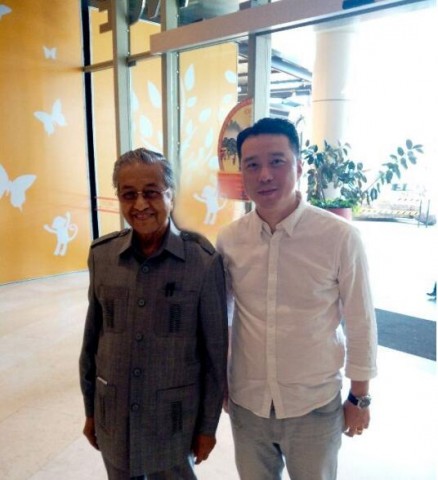 In the eyes of many industry peers, it is a very common thing that Yu Sifeng, who graduated from major of Business Administration in Wuhan University of Technology and extensive work experience in the business consulting industry, carry out investment management of new energy projects. However, what surprised everyone was that he shifted his focus of work on the core technology research and development of electric power with renewable energy. What is even more shocking is that he actually succeeded!

Before that, many people had predicted that Yu Sifeng would be the “Yonghao Luo” in the industry of electric power with renewable energy. As an amateur who insists on engaging in technology research and development, failure is the norm. Not to mention success, as long as he can stand firm in the industry, it can be regarded as a miracle.

However, Yu Sifeng created a miracle that made many industry experts, scholars, and scientific researchers feel incredible. What they have achieved through decades of hard work is not as excellent as what Yu Sifeng with non-major background has achieved in just a few years. From the great success in the investment, development, and management of electric power with renewable energy projects when he first entered the industry, to the use of Internet of Things, big data, wireless communication and other technologies to make development decisions, to intelligent control of power generation equipment, automatic troubleshooting of power failures and the research and development of electrical equipment, Yu Sifeng has made a huge success with his great talent and extraordinary efforts. In recent years, he has successively introduced a number of intelligent technological achievements, which has promoted the power industry to achieve true “vertical complementarity, vertical network load energy storage coordination”. Also, in the transformation and upgrading of key technologies and control methods of power systems with renewable energy, a new breakthrough has been achieved. Up to now, the scale of wind power and solar power under construction in China has ranked first in the world. To achieve such a great achievement, Yu Sifeng can be said to have contributed the most.

In the context of the “Made in China 2025” plan, the R&D and manufacturing of power equipment has become the high-end equipment manufacturing industry of equal significance with the industries such as the new generation of information technology, high-end CNC machine tools and robots, aerospace equipment, marine engineering equipment, high-tech ships, advanced rail transit equipment and other industries. From the country to the industry, to the employees, all people in China are practising the slogan of “We roll up our sleeves and work with added energy”. Yu Sifeng also took this opportunity to launch a Hybrid Expert System for New Energy Engineering Project Development Decision-Making V1.0, Intelligent Control System for Power Generation Equipment Based on Internet of Things V1.0, Power Fault Troubleshooting System Based on Feedback Neural Network V1.0, Power Equipment R&D and Design System Based on Particle Swarm Optimization Algorithm V1.0, and a series of new technological achievements. These innovative technologies made Malaysia, China, and many other countries achieve new breakthroughs and development in energy technology innovation.

Yu Sifeng (right) took a photo with Mahathir, the Prime Minister of Malaysia (left) during the construction of a new energy power project in Malaysia

Take the Power Equipment R&D and Design System Based on Particle Swarm Optimization Algorithm V1.0 as an example, the system is composed of three parts: demand analysis subsystem, R&D design subsystem, and program evaluation subsystem. It can analyze in multiple dimensions and establish the most optimized function model, based on market data, customer demand data, and function data of target products. On this basis, through deep learning and expert system technology, the system is expected to automatically generate a development plan according to the functional requirements of the product, and finally to evaluate and optimize the plan to make it a perfect one. In this system, in addition to the application of deep learning technology and expert systems, the biggest highlight is the introduction of particle swarm optimization algorithms. This algorithm finds optimal solutions through collaboration and information sharing among individuals in a group. It is simple and convenient to realize the adjustment and optimization of multiple parameters, and it has played a very important role in the application of function optimization, neural network training, fuzzy system control and other genetic algorithms. As we all know, there are hundreds of power equipment specifications and models. Power stations, power transmission and distribution, cables, batteries, photo-voltaic  modules, transformers, reactors, transformers, AC and DC equipment, all belong to the category of power equipment. According to their different uses, in the design process, different parameters and functions need to be considered. The particle swarm optimization algorithm finds the optimal solution through the iteration of a group of random particles. In each iteration, these particles will track two “extreme values” to update themselves. By constantly adjusting the speed and position of the particles, the entire particle swarm can share the global optimal solution, and finally achieve the optimization of the overall design plan. This also allows the system to carry out R&D and design of various complex and sophisticated power equipment, which not only greatly reduces the work intensity of R&D personnel, but also saves time and cost and improves the quality of equipment. Therefore, it has driven the rapid development of the power industry.

The reporter learned that since Yu Sifeng has officially released this technical achievement in April 2020, there has been a wave in the domestic and international power industries. Experts and scholars in the industry have spoken highly of his technological achievement, praising it for leading the “revolutionary changes” in power equipment. One of the most significant changes is that China is now transforming from a “power equipment processing factory” that does not require independent research and development or independent innovation into a power equipment R&D center. Many foreign R&D institutions and multinational power equipment giants have scrambled to hire Yu Sifeng. In order to cooperate with Yu Sifeng more conveniently, they have directly established R&D centers in China or neighboring countries such as Malaysia, the Philippines, Indonesia, Vietnam, etc. The giant companies include the world-renowned power company ABB, Schneider Electric, Alstom, and dozens of companies including Dongfang Electric Corporation, Shanghai Electric Group, Harbin Electric Corporation, XJ Group, XD Group, NARI Group, etc., have established technical partnership in the first time with Yu Sifeng. The products developed and designed through Power Equipment R&D and Design System Based on Particle Swarm Optimization Algorithm V1.0 are not only widely used in China, but also applied in many countries and regions such as East Asia, Southeast Asia, West Asia, Africa, Europe, etc. According to incomplete statistics, as of the end of 2020, the direct economic benefits created by the system have exceeded RMB 6 billion. Take the smart grid as an example, in the process of participating in the research and construction of China’s smart grid, ABB (China) Ltd. has developed new products and equipment in smart meters, smart substations, etc. through the application of this technological achievement. Under the background of the outbreak of the COVID-19 pandemic corona-virus, China has become one of the best performing markets for ABB Group and maintained steady performance. Two of its subsidiaries, Beijing ABB LV Installation Materials Co., Ltd. and ABB Beijing Drive Systems Co., Ltd., are both selected as the national “Green Factory” by Ministry of Industry and Information Technology of China. Björn Rosengren, the CEO of ABB Group, said:”The biggest gain in setting up a R&D center in China for more than ten years is to be able to cooperate with such outstanding technology R&D experts like Yu Sifeng. By introducing his technology, we have developed a lot of best-selling electric power equipment products all over the world. Now China is not only a production base, but also a pioneer in R&D and design.”

Electricity, like water and food, has become an indispensable necessity for human life. In order to make cleaner and more environmentally friendly electricity available to all people, Yu Sifeng devotes himself to research. With a firm will, hard work, and indomitable spirit, he not only won honor for himself as a pioneer, but also led the entire power industry into the era of intelligent renewable energy. We believe that Yu Sifeng will surely make even more brilliant achievements on the road of power technology exploration and innovation.