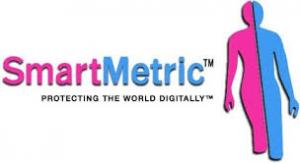 Progress and Current Status Update as of May, 2021

SmartMetric Inc. (SMME) is a fingerprint biometrics based security company focused on advanced fraud protection measures for credit and debit cards users worldwide. Hardware and software engineering is done internally thus providing SMME with the capability of delivering enterprise-class products in a timely basis. The SMME silicon manufacturing processes employ the latest techniques in miniature-sized memory and processor components production, allowing the company to provide a fully functional sub-micro computer on a micro thin circuit board embedded inside a credit card and identity card for instant fingerprint recognition. SMME strives to build an ever-growing base of clients and partners around the world.

SMME is positioned to address this huge and growing financial threat as a USA based company with sales and marketing partnerships in Latin America, Europe and the United States. Engineering of the biometric card electronics is done in-house and is the owned intellectual property of the company.

SMME is currently working with a global payments network (the largest in the world, actually).  This network has moved to allowing small trials and is now adopting formal rules and regulations for biometric cards. They have just stepped up from allowing small trials with banks to fully fledged adoption. This adoption of biometric cards came into effect during March of 2021. Release and sale of biometric cards to banks cannot currently be done on a waiver basis.  That was for the “testing” period.

The significant development at this point is that the global card network has now formally adopted biometric cards as an official product line that can operate on their network and that their member banks can now issue these cards.  This is a milestone point towards the ultimate objective of full scale global usage which can mean millions or tens of millions of users.

In order to have the SMME card approved to operate on the global payments network SMME engineers have to meet the network’s newly adopted rules and regulations for biometric cards. One of those new rules is that the card must be able to differentiate between a live finger and a false finger. This requirement was just made clear to the company by the network in March.  The network also made it clear that this capability was one of the major features that will be subject to their biometric card testing process.  SMME was granted a license by the network to submit its card to their designated testing lab for biometric cards.

As per the company announcement on May 7th (details below) SMME is expecting to have its new card with this key feature completed over the next three months.  At which time SMME will then submit its card to the network’s lab for thorough and robust testing.  There is no assurance how long this testing will take but SMME management is assuming within a three month period from time of submission.

This was a massive engineering task the SMME development team has had to do to meet the fake fingerprint rejection requirement.  However, they have been able to invent and engineer a workable solution. SMME management believes that no other company has anything comparable to the incredible solution they have invented.

No banks on this global card networks system can use a biometric card that hasn’t been through the new testing regime and been approved for operation on the network.

SMME is an official Technology Partner with this card network.  As a part of the agreement with them SMME is not currently allowed to mention their name.  However, after going through the card testing process SMME believes it will eventually be able to then announce to the world the name of the global payments network involved and more details of their full relationship.

On May 7thSMME announced it has invented a hardware and software solution that detects whether or not the finger being used to activate the card is from an actual person or not. This “liveness detection” technology developed by SMME is designed to defeat attempted fingerprint spoofing using such things as a copy of person’s fingerprint replicated using a silicon fingerprint replica.

SMME has spent the last 12 months perfecting its fingerprint anti-spoofing technology and is now readying its product for vigorous payment network testing and certification. The hardware and software solution has required a major engineering effort that has caused a complete redesign of the SMME biometric cards’ internal electronics as needed to meet the stringent security requirements of today’s global credit card industry. Testing of the new card will commence shortly with a three month estimated time frame to complete payment network testing.

The SMME electronic credit card has an ARM Cortex processor, up to a Gigabyte and beyond memory, contact and contactless standard credit card interface for all credit card readers and ATMs, a stable rechargeable battery, a rapid recharge power management system that recharges the card’s internal battery when used at a standard card reader, all while still meeting ISO standard size and thickness for credit cards. In addition the SMME card has now incorporated live fingerprint detection, thwarting scammers who want to try and use a replica of a person’s fingerprint.

Along with anti-spoofing technology developed by SMME, the card has its own internal cryptographic vault that uses state-of-the-art cryptography to protect data stored inside the card. From medical records, transaction history to Government sanctioned cryptocurrencies, the SMME electronic credit card opens up a brave new world of hybrid functionality for the credit card, while all the time protected by the card user’s own fingerprint biometrics.

FrontPageStocks/CorporateAds.com (CA) is a third-party publisher and news dissemination service provider. FPS/CA is NOT affiliated in any manner with any company mentioned herein. FPS/CA is news dissemination solutions provider and are NOT a registered broker/dealer/analyst/adviser, holds no investment licenses and may NOT sell, offer to sell or offer to buy any security. FPS/CA’s market updates, news alerts and corporate profiles are NOT a solicitation or recommendation to buy, sell or hold securities. The material in this release is intended to be strictly informational and is NEVER to be construed or interpreted as research material. All readers are strongly urged to perform research and due diligence on their own and consult a licensed financial professional before considering any level of investing in stocks. All material included herein is republished content and details which were previously disseminated by the companies mentioned in this release or opinion of the writer. FPS/ CA is not liable for any investment decisions by its readers or subscribers. Investors are cautioned that they may lose all or a portion of their investment when investing in stocks. FPS/CA has been compensated $500 by the company for dissemination of this Article.

These news releases and postings may contain forward-looking statements within the meaning of the Securities Litigation Reform Act. The statements reflect the Company’s current views with respect to future events that involve risks and uncertainties. Among others, these risks include the expectation that any of the companies mentioned herein will achieve significant sales, the failure to meet schedule or performance requirements of the companies’ contracts, the companies’ liquidity position, the companies’ ability to obtain new contracts, the emergence of competitors with greater financial resources and the impact of competitive pricing. In the light of these uncertainties, the forward-looking events referred to in this release might not occur.

Print Your Songs’ Song Plaque is a Viral Hit

Print Your Songs’ Song Plaque is a Viral Hit