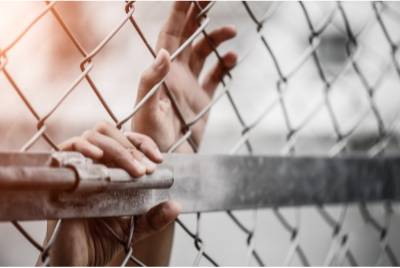 ICE´s new policy is designed to enhance the ability of victims of human trafficking by assisting them with their cooperation during investigations and reducing false claims from smugglers which may interfere with efforts to fight other crimes.

The United States Immigration and Customs Enforcement agency (ICE) will change its migratory policy by supporting undocumented immigrants who have been victims of crimes in the U.S., instead of deporting them.

The prohibition of human trafficking in the United States is as old as the Constitution, thanks to Title 18, section 1584 which outlaws making someone work against their will and Section 1581 that makes it illegal to be a part of “debt servitude”.

On July 2021, the U.S. government issued the Continued Presence Resource Guide, which provides the Continued Presence (CP) status to human trafficking victims who cooperate with law enforcement in the form of a temporary immigration designation that allows them to lawfully remain and work within American borders during an investigation into their traffickers’ crimes, as well as any civil action they may take against those perpetrators.

“I can confirm that victims of human trafficking may be eligible to apply for a T Visa, which is an immigration benefit that can provide protection in the United States and lead towards lawful permanent residence. If your request has been approved, then you will have permission from USCIS or another qualified authority to stay in this country legally for up to four years at a time. Family members may come to the US as well.” – Vernal Farnum, The Law Office of Vernal Farnum.

In recent years, there have been many human trafficking instances where smugglers falsely claimed to be victims so they could avoid criminal prosecution or deportation. This new ICE policy aims at tackling this historic problem.

According to statistics from World Population Review, approximately 199,000 incidents occur within the United States every year, with California leading among US states. In 2019 alone there were 1,507 cases reported by law enforcement officers and NGOs; 71% of these (1,118 cases) were for human trafficking, 158 were labor related, and 69 for exploitation offenses combined with forced or coerced labor crimes. 1290 were female victims (71%), 149 male victims (

Can ‘Spider-Man: No Way Home’ Be Profitable During The Pandemic?