Never Ending Project has Released ‘The Darkest One, Yet The Biggest Light’ 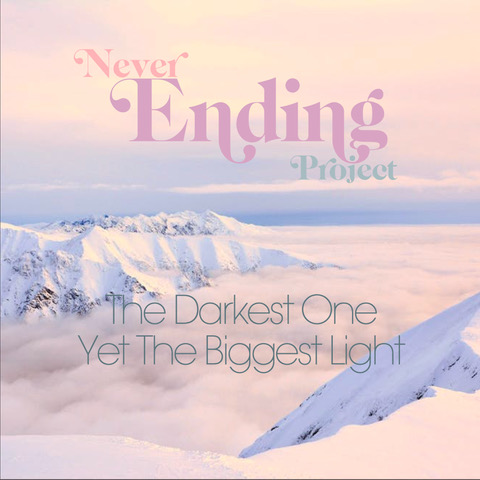 The Swedish band Never Ending project is releasing a single from upcoming EP.
It’s a song where darkness and light meets. Never Ending Project is a project where Lina Larsson and Andreas Ostlund give themselves the freedom to explore different genres, such as trip-pop, indie-pop and blues inspired pop.

With a background in jazz, blues and pop, the couple Lina Larsson and Andreas Ostlund started their joint music project Never Ending Project. A project where they want to give themselves a musical freedom to move between genres, like trip-pop, indie-pop and blues-inspired pop, but to also be able to do a reggae song if the spirit catches on.

“Lina had left the Los Angeles music scene and had achieved success with music that has received many placements in TV series and movies. Together we have played in different bands and also written and produced music for advertising. With Never Ending Project we wanted to create a band and a context where we can create and write music exactly as we want and without limiting ourselves,” says Andreas Ostlund.

The darkest one, yet the biggest light is produced together with Dalarna’s most hired producer Erik Berglund, with which Never Ending Project has had a long collaboration. The duo also works together with Andreas Dahlback (Ulf Lundell, Ola Salo, Anna Ternheim) in his studio Durango Studio for the band’s upcoming singles.

A particularly small life and nature became a source of inspiration when the lyrics were to be created. The text was created in connection with a visit to nature that brought memories to life.

“The darkest one, yet the biggest light is a song that is very much both. It’s a dark song with light lyrics. In terms of sound, it is not so loud and playful, but more melancholic and heavy,” says Lina Larsson.

After studying music in the US Lina worked for many years on the Los Angeles scene, where she still has a lot of important contacts with many successful placements of songs around the world in shows like CSI NY, MTV Teen Wolf, Fox Network’s crime drama Gang Related, Da Vinci’s Demons, the video game Sleeping Dogs as well as television commercials for Ducati in Italy, just to mention a few.

The Borlänge based multi-instrumentalist Andreas Östlund has a background as live/studio-musician working in Europe for many years. He combines sensitivity and musical diversity with a great ear for knowing what type of musical mood complements a visual message.

Back in Balance Chiropractic and Massage Highlights Its Common Treatment Methods

Joining Pangolin V2’s First Liquidity Pools, TrueUSD Takes the Growth of Avalanche to the Next Level