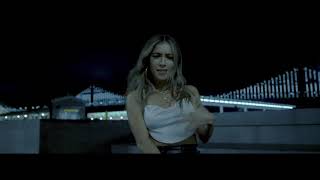 Talented Songwriter and Producer, (Shun Younger, CEO of Shun Younger Music) has recently released a new single, ‘See Your Dreams.’ Alongside the audio release, Shun also released an eye catching visual for his single. The brand new single and video which features model, @Xomima promotes women empowerment and stands out as a really great example of Shun’s work, his ability to write songs from different perspectives, and his diverse vision.

As a top rated songwriter from Oakland, California. Shun Younger’s music creation process is nothing short of creative, intelligent and unique. The whole process kicks off by writing high-quality songs after which Shun hires professional singers to actually perform the material. Shun keeps it super interesting by giving his songs to different people from different music backgrounds with different styles to perform based on the energy, mood and scope of the track. By doing this, Shun’s sound stays versatile and also relevant in every genre.

After writing a timeless piece and making it into tangible audio, Shun turns the tracks into eye popping videos full of life and guaranteed to keep viewers glued. The songwriter and producer  employs the expertise of professional actors, actresses and models to give his songs a really amazing visual component, and promote them on the Internet.

Shun’s music process reveals his intelligence and music business mindedness. Apart from being an excellent song writer, Shun is also an excellent music maker whose aim is to always  create a work of art that will stand the test of time. His music knowledge is reflected in his recent single, ‘See Your Dreams’ where Shun passes a message that supports women. In addition to making good music, the producer songwriter also aims to impact lives with the message each of his songs carry especially as a life enthusiast.

Find out more about Shun Younger, his next project, future releases and activities by following him on Instagram and YouTube