An Interview with Television’s Up and Coming Actor, Andre Bellos 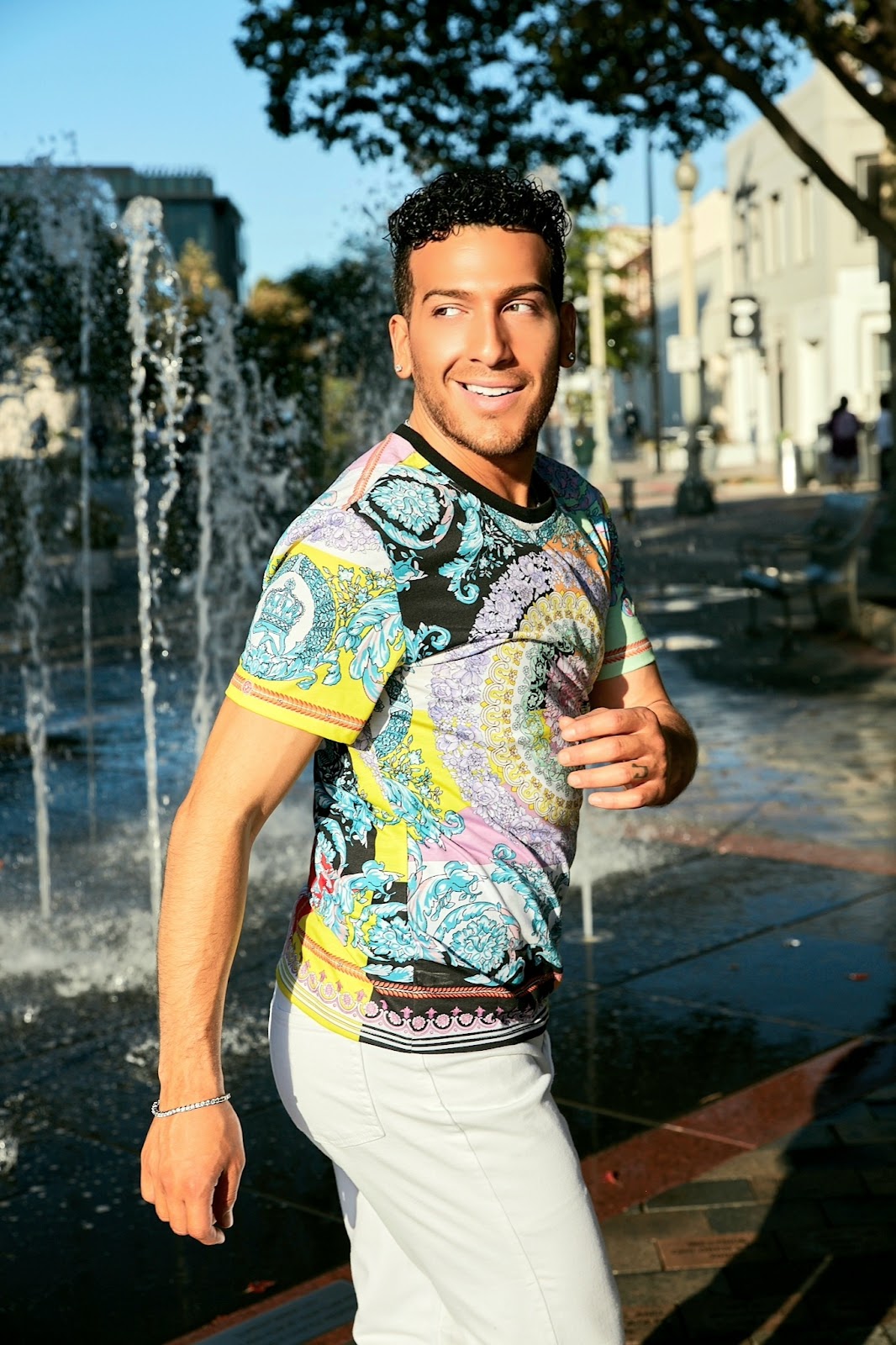 Andre Bellos is a rising star on his way to fame in the acting industry, having a stellar portfolio in television and cinema as well as modeling! Check out this interview to learn more about the new kid on the block in Hollywood!

Born in Chicago to immigrant parents, Andre was the middle child out of five. Being brought up in a blended family, being of half Greek and half Salvadoran descent, theatre was in his blood. By age thirteen he was enrolled in modeling  and public school at the same time, graduating 15 weeks later. He spent the next 4 years taking singing, dancing, and acting lessons and graduated from  high school in 2005. Once in college he formed a group quartet with his friend’s, singing and dancing to popular music at local events. This only encouraged his passion and helped perfect his craft, but after only one year the group went their separate ways.

In 2007 Andre dropped out of college to pursue his dreams full time, he had his sights set on something bigger. Working odd jobs for about two years before starting out as a background artist in Illinois. 2010 was a time where film and TV projects began to move to Chicago from LA, which gave a lot of undiscovered talent a chance to thrive in a difficult field. Andre eventually earned his screen actors guild card because of numerous television appearances he accumulated over the years. He has been seen in prime time shows such as, Empire, Shameless, and Chicago Med. He has also worked on a few major motion pictures like The Dilemma, Chi-raq, and Captive State, just to name a few projects. Social media became an extremely important tool in growing his fan base.

The hashtag #TeamAndreB Movement really helped grow his career and propel him to new heights. This catapulted him in a category with other respected influencers and public figures of the world. It was initially something produced by friends and family, but along with social media, it took on a life of its own. There are Team Andre B. groups in almost all 50 states in the U.S. and growing internationally. His breakout acting role comes as state attorney investigator Billy Coburn on Dick Wolf’s NBC drama Chicago Justice.

In 2017 he established his independent initiative called Do The Right Thing. This meant he was spending his free time traveling state to state, shedding light on different Non-For-profit organizations. Outside of his activism work he has launched an accessory line called Altered Mood and a merch line called The Cool Kids. He has participated in a national fashion campaign with Giorgio Armani and has graced the pages of Vogue, People magazine and Entertainment Weekly. Daytime television has been a playground of learing and a plethora of knowledge for this rising star. Helping mold him into a full blown tv personality, on and off the screen. The Steve Harvey show, Wendy Williams, and the Nick Cannon show are just some of the places you may have seen Mr. Bellos.

What are some major achievements or accolades that you’ve accumulated?

I am definitely living my dreams and being at the Oscars or getting my sag card are high up on my list of accolades and achievements of my career, so far. Although, my proudest work is that done on my charitable initiative. Building homes for the homeless, providing groceries for the less fortunate and participating in afterschool programs with the youth. My purpose hopefully will be bigger than mine. All the people that decided to go after their dreams after hearing my story is my true legacy.

Who or what motivates or inspires you to do the work you do?

There are many people that have inspired me in my career. Dolly Parton is one of those inspirations. The way she can bring people together no matter ethnicity, sexual orientation, religion, etc. I aspire to be like her one day and she is the reason why  I take pride in the work I do.

What are some projects that you are currently working on or promoting?

I will be appearing in season two of South Side on Hbo max. Seasons 1 & 2 are now available for streaming. I will be in the Chicago Fire holiday episode on Nbc this season leading up to Christmas  and the comedy movie Hot mess holiday, airing on Comedy Central December 22nd.

What is your ultimate goal in your career/life?

My career goal on a superficial level would be to become a well respected actor in Hollywood. My true goal is to build homes, schools, and clinics in underprivileged areas. I want to be a voice for the voiceless. Anyone who feels under represented by society has a spot on my team. To bring about real world change is my true goal. Moving the needle for women, minorities, men and women with physical and/or mental disabilities, and the lgbtq+ communities representation in Hollywood.

Why should our readers support you and your brand?

My hope is that everyone celebrates a little more togetherness. In doing that , it becomes a direct correlation to me, because that is what I represent. We all come from one seed planted to birth humanity. Let’s live, laugh, and play more. Let’s fight, argue, and get angry less. The truth is no one knows what you’re capable of but you. Go after your dreams and never give up, you never know where you might end up. I’m living proof!

LT Turner Jr. Brings Inspiration to Others With His Music