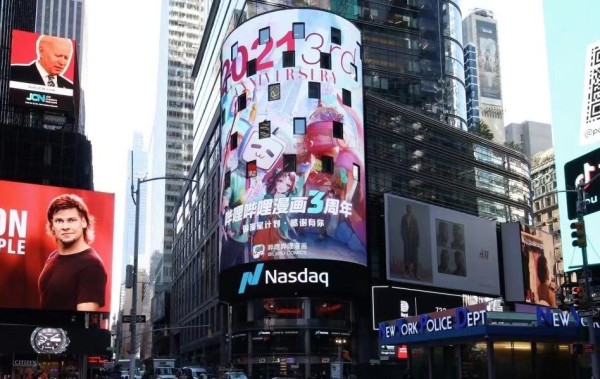 Characters from Bilibili Comics’ domestic titles made a stunning debut on the big screens of New York’s Times Square. The characters were the victors in Bilibili’s Comic Summer “Chinese Comics Star Project” and all hail from popular titles in Bilibili’s lineup.

The “Chinese Comics Star Project” was an activity that Bilibili Comics hosted during 2021’s Comic Summer. Fans voted for their favorites from among hundreds of characters, and the characters were then ranked by the number of stars they received—the top 14 were chosen to make their debut in Times Square. 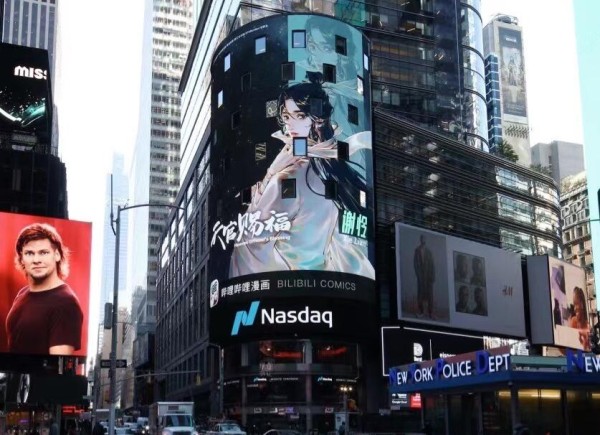 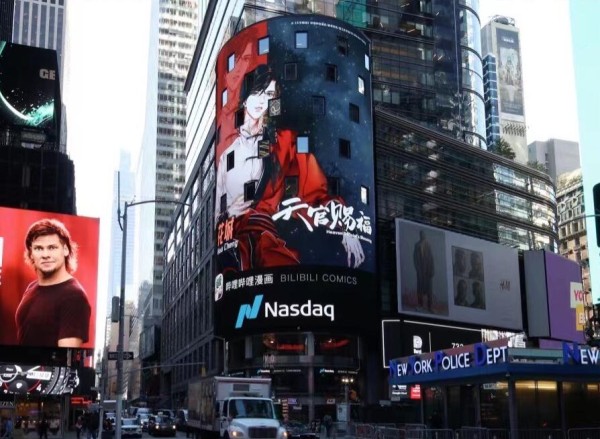 Other popular characters in the top 14 included “Shang Li”, a playful Qin Dynasty girl from Warring States, “Jiu Yue”, a nine-tailed fox girl from Myth of Non-Human, and “A’ting” a swordswoman-in-training from Song of the Sky Pacers. These dynamic characters are rooted in Chinese history and mythology, and these modern iterations of classic archetypes are beloved by readers. Through their clever adaptations, domestic comics are able to convey positive values and traditions, and Bilibili Comics is committed to sharing this high-quality content with overseas readers who are interested in Chinese culture.

Bilibili Comics is Bilibili’s premium comics platform, and it is one of China’s leading comics publishers. Its library contains more than 12,000 titles, and it is actively collaborating with thousands of creators.