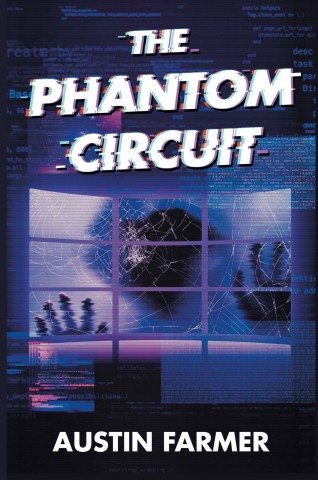 “The Phantom Circuit” is a nail-biting story of love, hope, grief, and redemption that will be a treat for readers.

Thrilling novels of love, hope, and redemption go hand in hand. Novels can be a fantastic source of solace during difficult times; they can be a means to address difficult emotions as well as a magical getaway. Readers frequently empathize with novels and nonfiction that explore the profoundly human experience of falling and rising back up.

With its fascinating plot focused on love, loss, hope, sadness, and redemption, Austin Farmer’s latest novel, “THE PHANTOM CIRCUIT,” is sure to stir readers’ hearts. The gripping plot centers around Erica Westfield, a twenty-eight-year-old Lyft driver who must grieve the death of her popstar sister. After receiving the sudden news, the last thing she wants to deal with is a foolish hacker threatening to remove her sister’s Facebook page. Let alone a hacker who brings up Bloody Mary.

There’s no better way to satisfy that itch of suspense with a great narrative than with this novel. This novel will never fail to get readers’ hearts racing, forcing them to flip the pages at breakneck speed while simultaneously offering an oddly pleasant nervousness about what’s to come. With THE PHANTOM CIRCUIT, Austin immersed readers in a narrative hall of mirrors – a slow-burning, noir-tinged maze aimed at keeping the reader constantly off-balance. The novel is told through three different points of view—through Erica Westfield, Dianne Westfield, and Macy Abigayle—which constantly flashes backwards and forwards through space and time.

Through Erica’s point of view, Farmer wanted readers to experience the shock, confusion, and delirium of grief, heightened by isolation. After a quick, downward spiral of emotions, Erica connects with a ghost on the internet. Macy Abigayle is a lone wander who had perished long ago on the Oregon Trail, and she also shares this enormous sense of grief and loneliness with Erica. By revisiting their worst memories together in an epistolary tale that quickly shifts the format on its head, Erica and Macy begin to understand Dianne’s descent into addiction, while quickly learning more about themselves in the process.

Additionally, Farmer wanted the novel to evoke the feelings one might have experienced living alone during the pandemic. The novel takes place in one setting, in Erica’s apartment, where all she can do to grieve the loss of her sister is to spend time on social media and the memories contained within. The novel portrays the sudden life-changing elements of death and unravels backwards in time to illustrate Erica’s journey on overcoming her grief.

The novel was also written with a unique structural format in mind. The novel was shaped structurally to imitate a Lyft ride, where stories within stories reveal the characters’ best and worst moments in their lives and how they help reflect who they truly are. The pacing of the novel also reflects Erica’s experiences as a driver—some chapters have clear destinations, while others have many twists and turns down turbulent roads. The reader is suddenly pushed into a new environment through the “neuroflash ” that Erica experiences throughout the story and must keep up with the velocity of Erica’s uncontrollable memories influenced by Bloody Mary.

Moreover, Jule Selbo, Author and Screenwriter of 10 DAYS, THE HUNCHBACK OF NOTRE DAME II, CINDERALLA II: DREAMS COME TRUE and THE YOUNG INDIANA JONES CHRONICLES said, “Austin Farmer’s contemporary and poignant ghost story focuses on the longing for connection, specifically from sister to sister. Erica gets a strange message on Facebook: it’s from her newly deceased sister, Dianne, a singer who had skyrocketed to fame and spiraled downwards into substance abuse. The mystery starts here, who is pretending to be Dianne? Or is it, truly, an otherworldly communication? Farmer treats the reader with fascinating slides from realism to fantasy, from ghosts to demons to an incredible Realm of Mirrors. The Phantom Circuit is an imaginative, modern horror story with strong, believable emotional sensibilities. The images in this fascinating tale will take the reader into marvelous, haunting spaces.”

Austin is a talented and imaginative Southern California musician, novelist, and filmmaker. Austin’s songs have appeared on Nickelodeon, CBS, Fox Sports, and a national Sprint TV commercial alongside indie rock bands Island Apollo and The Bolts. His production music, which he developed alongside brothers Addam and Heath Farmer, may recently be heard in the game MLB The Show 2021. In addition, Austin worked for several music libraries as the Director of Music and Music Supervisor. He is presently a member of the bands Nada Robot, Island Apollo, and Superweapon and cover bands at various theme parks. He also performs with Anthem San Diego Rush Tribute. The novel is available for purchase on Amazon and Barnes & Noble. All in all, THE PHANTOM CIRCUIT should be in everyone’s novel collection since it can be a thrilling and adventurous roller coaster journey. It’s nearly impossible to put down the novel until the final page.

Social Media & Blockchain – A Match Made in Heaven